Well, as my first treedeemer thread I think this one would befit the title..

A little project I have started this spring, when I noticed one of my neighbours pulling out a beech hedgerow. After a short "Watcha Doin" and "Ya gonna toss those" (Or rather, Was machen sie?, and Was passiert mit die alte Pflanzen?) I returned with a saw and intent. Well.. Unfortunately MOST of them were ugly, uninteresting sticks. But this one has spunk, and came home!
March 19th 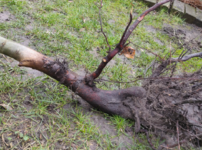 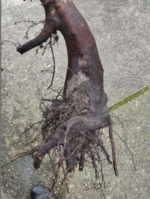 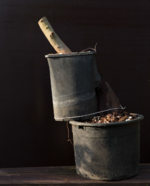 To see what your aim was and if the tree agrees.

BonjourBonsai said:
To see what your aim was and if the tree agrees.
Click to expand...

it is a five YEAR challenge.
Updates in due time. First concern is getting this to live.

Agreed. I was mainly interested in whether you've seen signs of life yet. Also the double nursery can setup is curious.

BonjourBonsai said:
I was mainly interested in whether you've seen signs of life yet.
Click to expand... 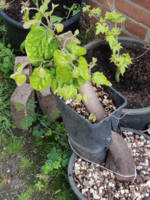