Looks like an awesome line-up of material. Thanks for posting the photos.

A successful action by any standards, good material and good money raised.

Chris Johnston said:
I have taken part in local bonsai auctions in the past, and even auctioneered once before. This year I was asked to be auctioneer at Bay Island Bonsai's Tenth Anniversary Exhibit. I remarked how much I would love to produce an exhibit just from the auction material available at that show. We had 93 lots, everything from collected stock to finished trees, as well as a few other items as well. Not everything sold, of course, since there were reserves on most items.

BIB does this a little differently from some clubs: donors receive 80% of the proceeds and the club receives 20%. Nursery material in a nursery can had to be something very special or it went into the sale area instead of the auction. It was a wild ride, and took 2 hours 20 minutes to go through all 93 lots. We sold over $20,000 worth of material. 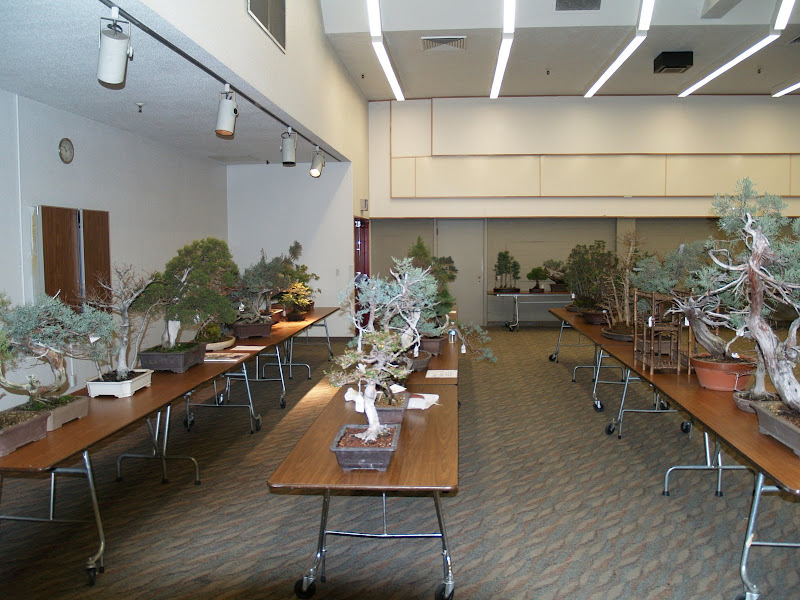 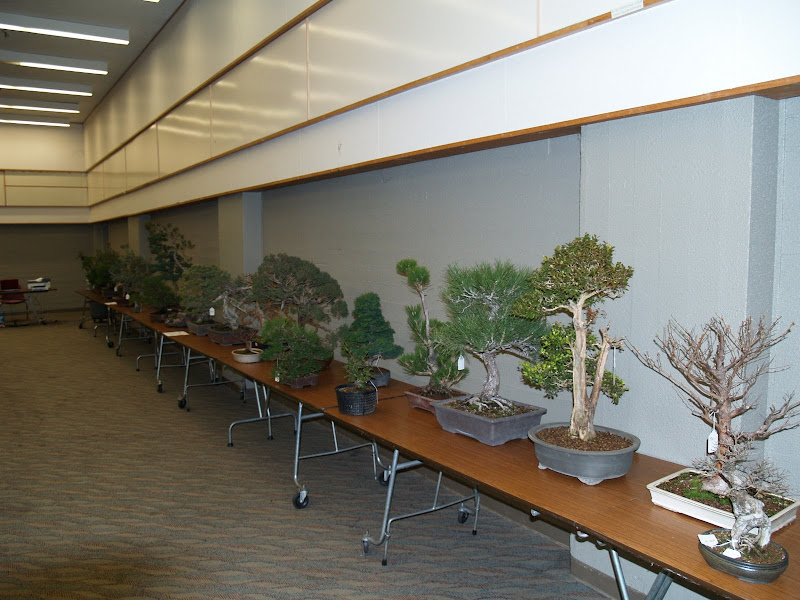 As I mentioned, some things did not sell due to the reserves. However, the exposed root Japanese black pine you see below had a reserve of $500 and sold for almost twice that. It has been grown from seed for 15 years and is ready for a first styling. It was about 10-12 inches tall overall. 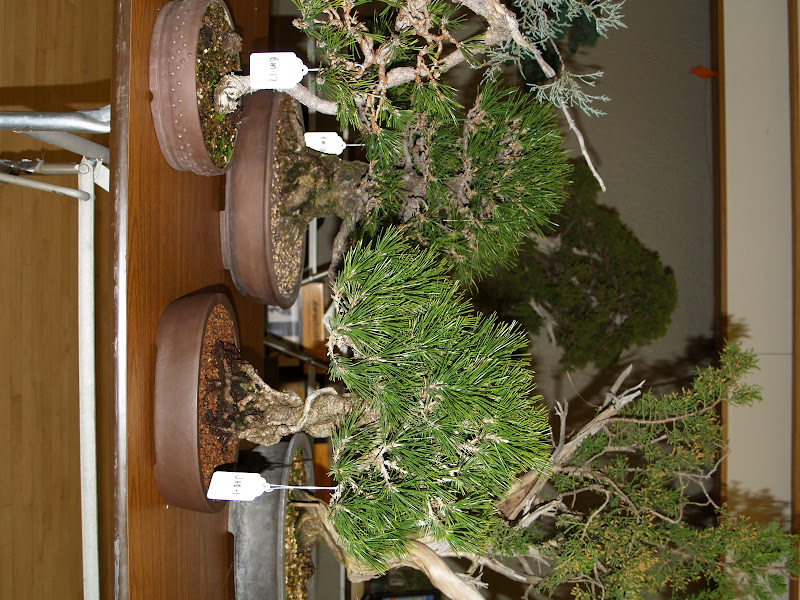 I don't know how anyone could grow something from seed for 15 years, then sell it unless they had to.

greerhw said:
I don't know how anyone could grow something from seed for 15 years, then sell it unless they had to.
Click to expand...

Or plant one seed and have it watched over by Marco. Harry you continually underestimate yourself. You consistently produce pictures of some of the finest American shohin/chuhin bonsai on the web. Do NOT be shy. All us retarjects look up to you

Chris, I still hope you're planning on having workshops at pavement ends this year. I think I have another beauty from Brent. Now if I can just get one from Frank...
Last edited: Jan 22, 2009
You must log in or register to reply here.

WHAT I WOULD CONSIDER A GOOD DEAL ON BONSAI AUCTIONS - HAVE A LOOK!