Well I was able to make contact with an English speaking,Brazilian, who has offered to trade seeds with me this is some of what he told me

You are not getting seeds cause as far as I know this species is dioecious,
that the sexes are separated in different individuals, the female doesn't have
torns.... the ones you have are all clones?

I've seen on some sites this confusion of names ... Here we call this species:
Tataré, Jacaré, Angico-branco, Jurema, Vinhático-de-espinho. and in the Bonsai
groups just "Piteco".
Click to expand...

Does anyone know if there's any truth to this? Either way I have about 35 seedlings and some haven't developed thorns yet but some already have well developed ones I've never seen a thorn-less one
these are some of my seedlings about 2 weeks ago they've already grown a bunch since then 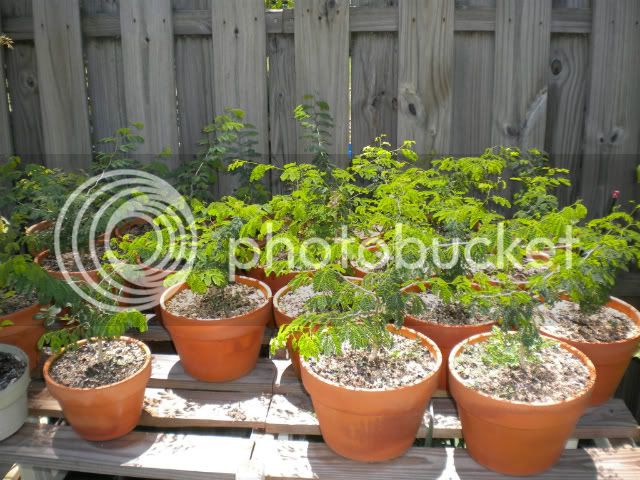 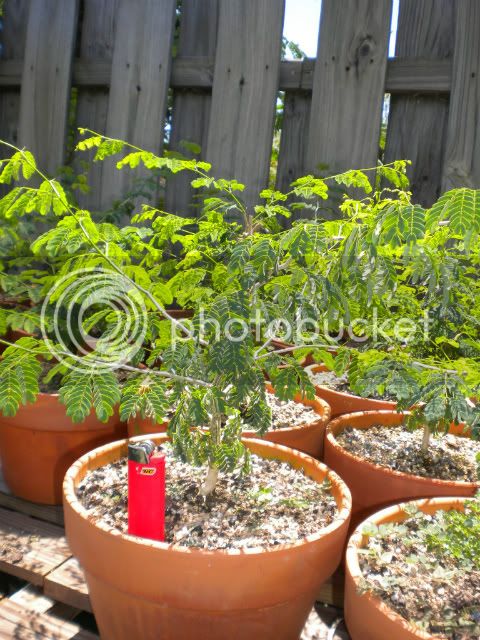 these are a couple of my rooted cuttings 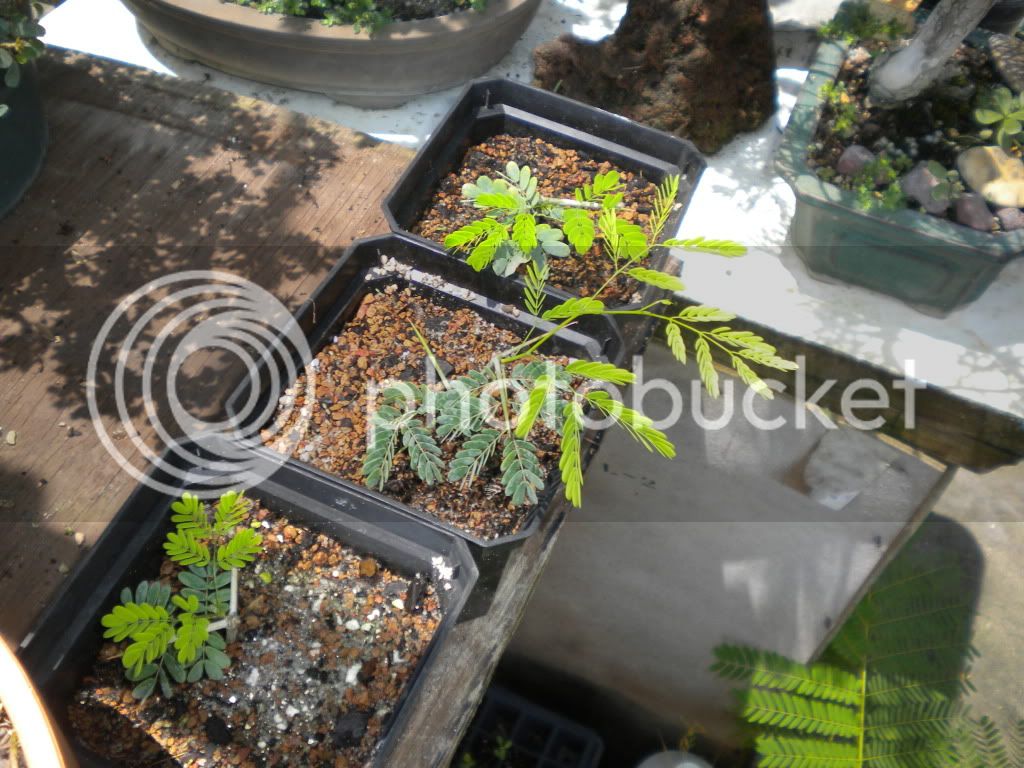 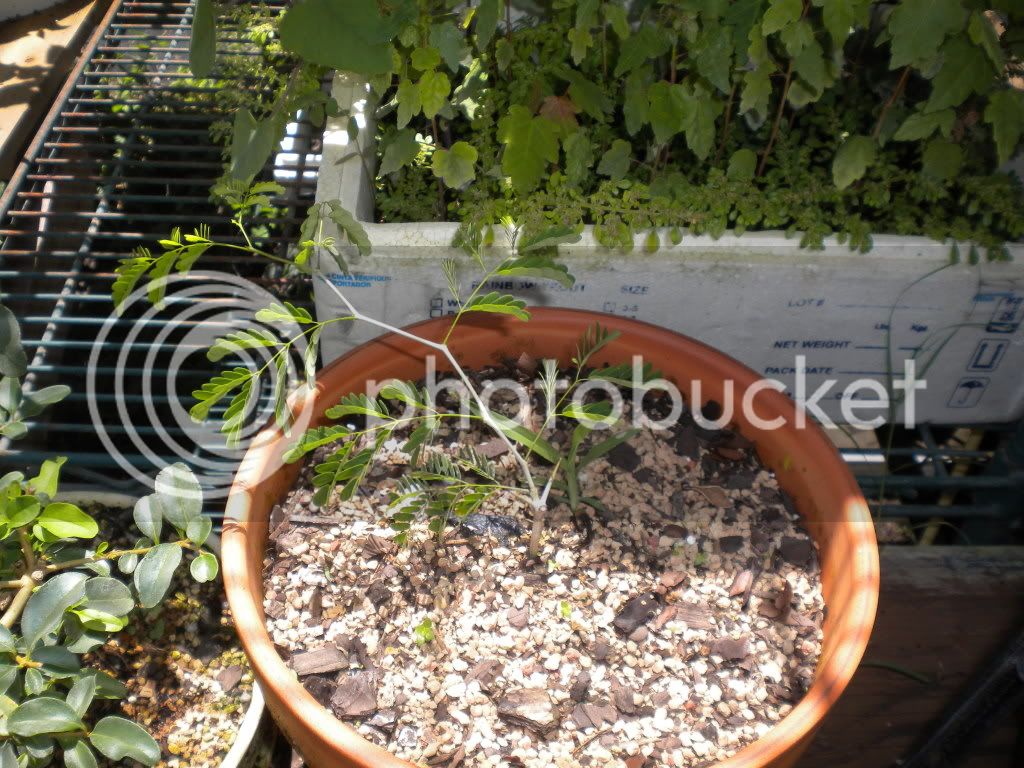 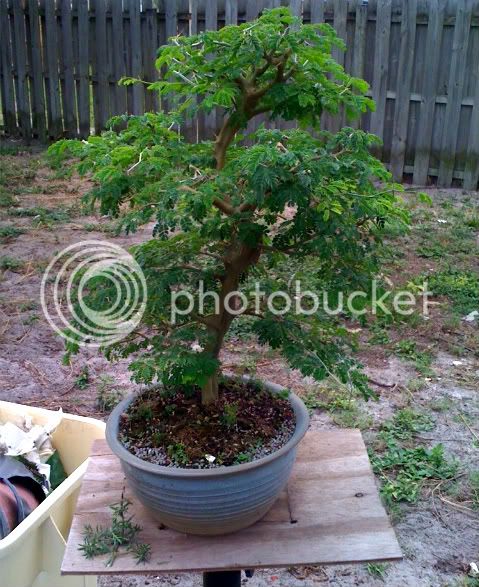 I visited A nursery that sell Bonsai and they had some BRT there that had seed pods growing on them and they also had thorns. I think they said they had them shipped in from New England Bonsai.

At this point it looks like you have your own tree nursery going! Interesting stuff about the male female aspect. I wonder why the thorn bearing variety seem to be more available / popular? Are you planning a forest style planting in the future?

I've had my BRT in a bonsai pot for over 20 years.... lots of thorns! Every few years it has a few flowers on it, this year there were 3 or 4 seed pods. There is no other BRT here, so really doubt the need for male/female cross fertilization. guess they are bi-sexual????

well thats why I started the thread thanks for the input cubbie. I was told this from someone in Brazil and then to actually find some with no thorns I got to admit I thought I was onto something thanks
M

Hi, Great looking trees! What are the soil ingredients for the cuttings and also for the brts once they are established?

I would imagine you are putting those soil ingredients through a screen to remove the fines. I made the mistake of not screening my turface ad it held water for way to long.

cubbie please post a picture,it must have a pretty thick trunk.It is really awesome when real trees flower- no offence to the pyracantha + bougainvilla boys-i have 1 acacia that is putting out flower buds this year after 10 years [1 out of 50 planted from the same tree at the same time]

my new years resolution this year was to take regular pictures of my trees..... another resolution broken. i looked at my photos, the last one taken of the BRT was in '09. THIS WEEKEND i will go out and get a nice picture to post......
You must log in or register to reply here.