For those who can understand French or German (subtitles available in both languages), I recommand this series of short documentaries on ArteTV. The one I watched this morning while having my second coffee of the day was "The survivors". 700 days up a Redwood to save the tree, and Shinji Suzuki and a 500 year-old shimpaku. Much more about "philosophy", the relation of Man to nature, than "showing off techniques".

Also beautiful pictures of other trees in Shinji Suzuki's care : 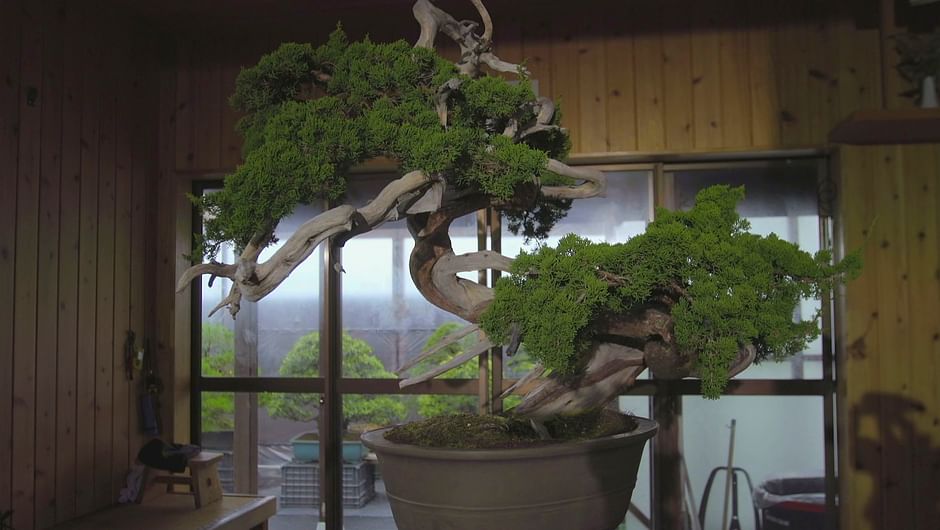 PPS: it's funny that "Traum" in German comes from the same root as "trauma", whereas when people say "I have a dream..." it's usually optimistic, even if based on... trauma. "Rêve" in French is always positive, contrary to "cauchemar" (nightmare/nachtmaar) What does a female horse have to do with bad dreams ?...
W

AlainK said:
What does a female horse have to do with bad dreams ?
Click to expand...

If the female horse is restless in the night, you better pack your stuff and move. It's a telltale sign of an earthquake or other kind of natural disaster.
The males get restless whenever they see competition or whenever they're in the mood for love. Not really a sign of anything.

It's said though, that it comes from Mara, which is an evil spirit in the shape of a nine-headed white horse with nine foals. The number 9 is evil if you believe the bible.

Wires_Guy_wires said:
The number 9 is evil if you believe the bible.
Click to expand...

I find historical ways to accept the concept of death interesting.

How early people invented gods, then god, and religions, and I'm amazed seeing that some people still "believe" in tales told thousands years ago to try and keep people from not throwing aty each other's throat for a sheep or some water. To me, we should evolve further, religion is like training monkeys. "Aping"

Whatever the culture, these stories tell a lot, we can learn from them. But I don't believe in anything but reason, science, and fraternity.

quite a diminishing statement for people of faith, I never tire of superiority complexes.
W

I'm not a believer either.
But then again, I also like the idea of the matrix, or that this entire universe is just a simulation running on some super computer. What if that's the real god? Written rules of software code, physics, the whole simulation, just a kid doing his science homework. The adult cartoon Rick and Morty really capture that idea with their multiverse theory, and specifically the 'The Ricks must be crazy' episode, where an entire universe is created to power a car battery.

If our gut microbes dictate how we express and perceive emotions - science says they do - then how much free will do we have? Are we not in fact just huge containers for our microbes to thrive in? Their own micro-climate?
Because that's how multicellular life evolved in the beginning, sponges are a clear example. It's still happening on the plaque on your teeth; communities building structures to survive and help each other. What if the plaque only grew bigger, became somewhat sentient and started to say that it's sapient?
Do I crave fatty and greasy food, or is it the E. coli that's signalling my brain because it needs more fatty acids to build cells with? The evidence for the latter is piling up slowly.
Our pheromones are dictated by our microbes so our love life is too, what we eat, our metabolism, or general health, our skin conditions, our brain and behavior in response.. Microbes have the tendency to consume and compete until there's nothing left and they collapse, and as soon as the community doesn't provide enough, they go out on their own. How different are we humans really? We say we know better, but we don't do much better.

I can dig in to that for hours. That rabbit hole is deep, and it's really, really dark in there. If you stare long enough into that abyss, it will stare back. It's a subject I have theories about, but I'd rather discuss those while drinking wine with a nice bonfire instead of a forum.

Back to the video!
I like it. It's been a long time since I've seen documentaries like it. If you have any more, keep them coming! Not a big fan of the French dubs though, but that's because I'm racist towards the French and because it's easier to understand English for me. I needed to use the subtitles a lot, for two languages I do understand. That's both confronting and uncomfortable, I think I'll go sign up for another French class.

JoeR said:
a diminishing statement for https://en.wikipedia.org/wiki/Verpa_conica,
Click to expand...

How could "people of faith" be "diminished" ?

They know they "know" the truth, 100% +, so what the fig do they care about rationalists, or agnostics, or atheists ? They know the "truth", don't they , they will be saved, good people who don't believe will go to hell.

Have fun among the angels.

Alain- like you, I just want to share the truths i have concluded until this point in my life. They will change, adapt, and will probably be different in the future- and thats good. I'm not here to argue, I just wanted to dispell your implied notion that people of faith, any faith, are less evolved apes.
I believe your intentions were good, you were only trying to share the truths you have concluded with others, and I respect that. I appreciate your viewpoints as a man of science and reason, with great taste in music. But those who can only see what's before them are blind to many truths, and I would hope that this may set someone free of this.

Like you, I find people who think they know the absolute concrete 'truth' frustrating and blindly ignorant. I see countless cringy posts by people "who know the truth"- these people cannot be talked to, and are often the most close minded of all.. Thats also why I added the disclaimer that these are my truths

I have concluded in my short life thus far that the quintessential idea in life is about intention, and all religions should more or less teach you to live accordingly so. For example- the Christian Bible says that God examines the hearts of people- in other words, this is to examine not the action- but the intention behind it. Similarly in Buddhist teachings, karma exemplifies that you should also live by intention. Point being, there are similar and profound truths to be found everywhere. and people of faith that do not exemplify this are NOT true in faith, they are true in religion.. The problem in following a religion, is that doing so is to follow man, allowing vast oppurtunities for human corruption. Too often, i see people quarrel with religion under the misconception that religion is bad- it is not- it is the human error that gets mixed into it, by religions ability to bestow power to individuals with strong following. Conversely, to follow any faith is to not follow man's corruption, it is to live by the heart, love and understanding. Too much corruption by individuals extrapolating truth to rule dominion over others, and the false title of religion is used to excuse actions. Bad actions of non truth, disguised under false pretenses of truth. This may be the greatest 'sin' of them all, and is entirely a result of man, not the faith.

I worry that you may also be confusing religion and man, as I have.

If you are to look past the man, the religion, you will see many truths. In every 'religion'. And contrary to many bigots, religion and science can mesh very well. But that's another long series itself.

In my eyes, strict and blind following of science is no different than followers of religion. To follow all science as 'cold hard facts, well, is really no different than following any gospel- except you are without doubt following the teachings of man. Additionally, I have taken countless science courses at several universities, and there is a trend to be found- science is more fluid than people often accept. One new discovery and entire chapters of textbooks need to be rewritten. Similar to the trend in religions, pride and old teachings often override the necessary correction to truth. It should be noted that I also consider myself someone very deeply invested in science.

I just read Sorce man's message about thinking things into existence- like him, I don't believe in coincidences. Again, thats another series in itself.