I”ve posted much of this in bits and pieces as part of discussions in other BNutter’s threads. In this thread, I am simply trying to assemble the whole history for my reference and for noobs to see an example of how the bonsai adventure goes sometimes. For the rest of you, I am always receptive to having my ego massaged - feel free.

Back in 2010 I found a nice little ‘Thunderhead’ JBP in a local garden center’s annual ‘Lemon Sale’. Since I was an air-layering maniac at the time, my initial action was to attempt layering off the top. Armed with Bonsai4me’s advice, I applied a wire tourniquet instead of cutting a girdle and made some notches in the bark just above it. I dusted them with 3000 ppm IBA, and wrapped it in damp sphagnum covered with a split plastic storage bag.

After a year, the stem had swelled quite nicely above the wire, but there was no hint of adventitious roots. So I re-cut the notches through the bark, closed it back up, and waited another season. In May 2012 I found the beginnings of a few roots, so I cut some more notches and dusted them with IBA powder. Near the end of June I found more roots and replaced the bag of sphagnum with a pot of Turface.

Finally, in early Sep 2013 I harvested the layer. I posted this picture of the layer and remember receiving lots of advice (as well as being immersed in one of my first BNut pissing contests which are still a cherished BNut tradition!). 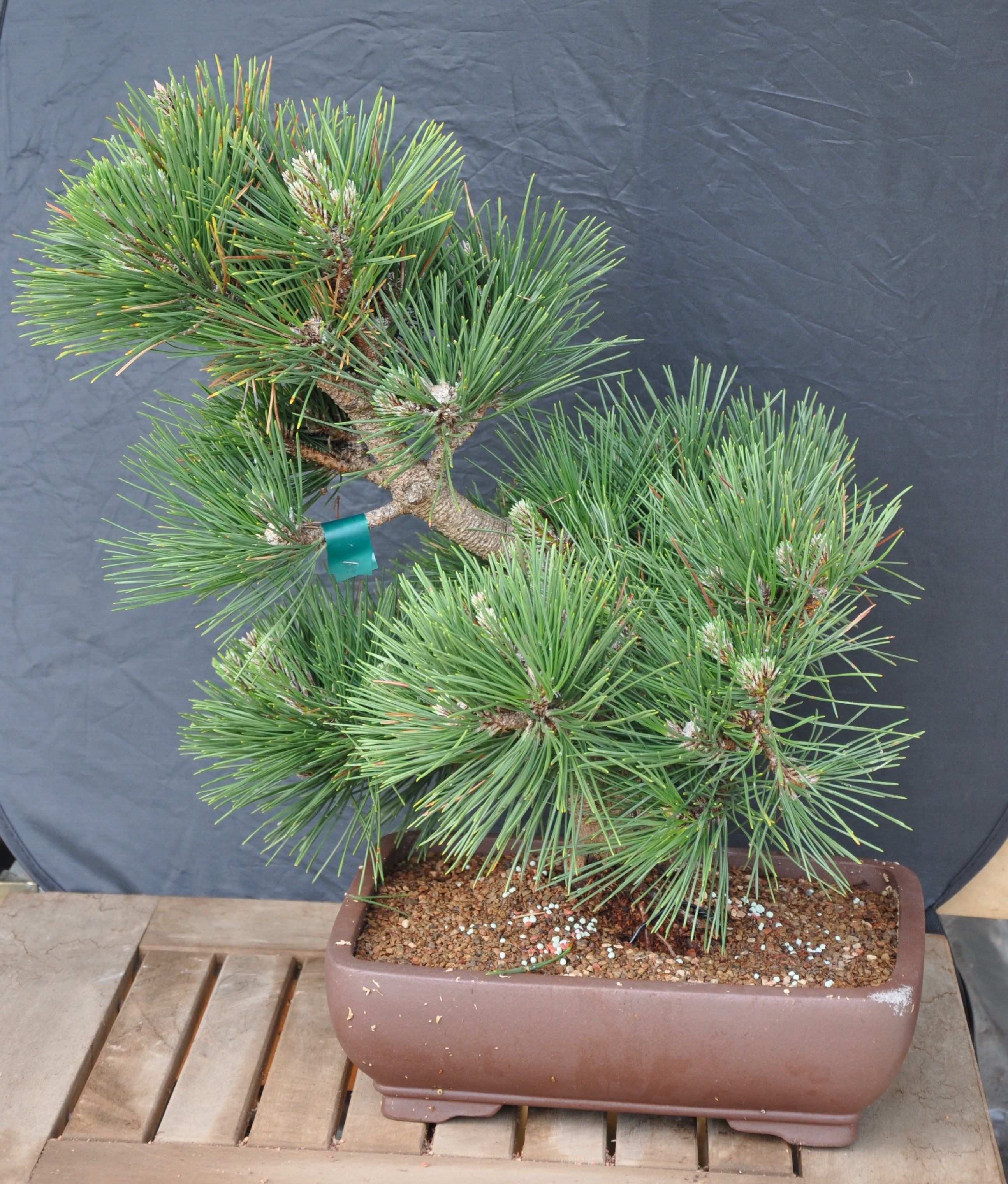 The bottom half was still stuck in the same nursery soil it had been in since long before I bought it.

I bare rooted it, like I had several mugos and other things before, in early May2014. Shortly thereafter the needles started to rapidly turn brown,

but I held on, against reason, until they were all brown and the buds had turned hard, brown, and were easily flicked off. Lesson #1 learned (HBR thunbergii, don’t totally bare root them from sticky dirt/soil).


Obviously, I was left with the top, my thunderhead on its own roots. I repositioned like this on 7 Apr 2014. 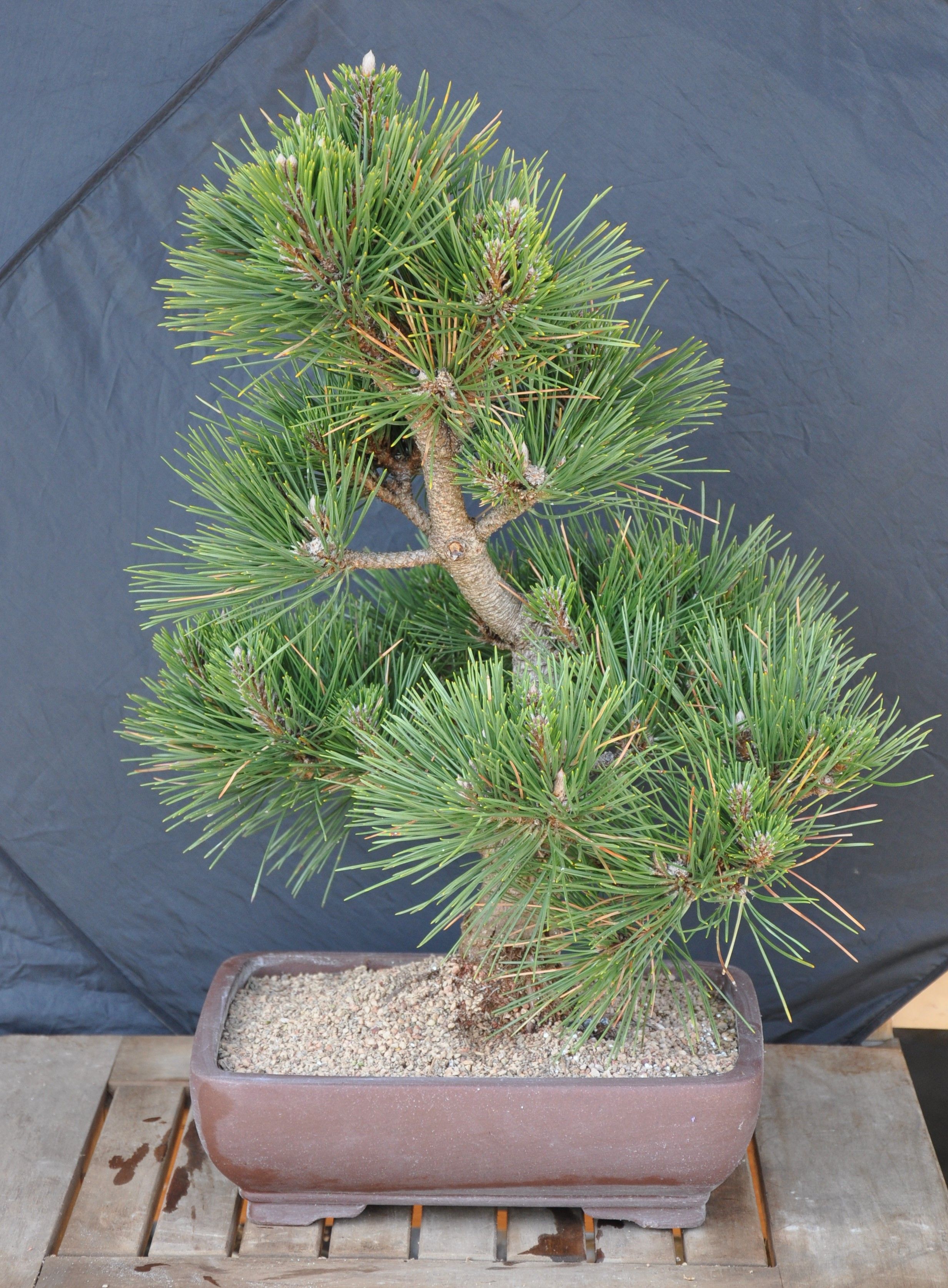 The following Oct I trimmed off quite a lot, trying to find a basic tree for the future and resolved to let the trunk run to fatten it up. 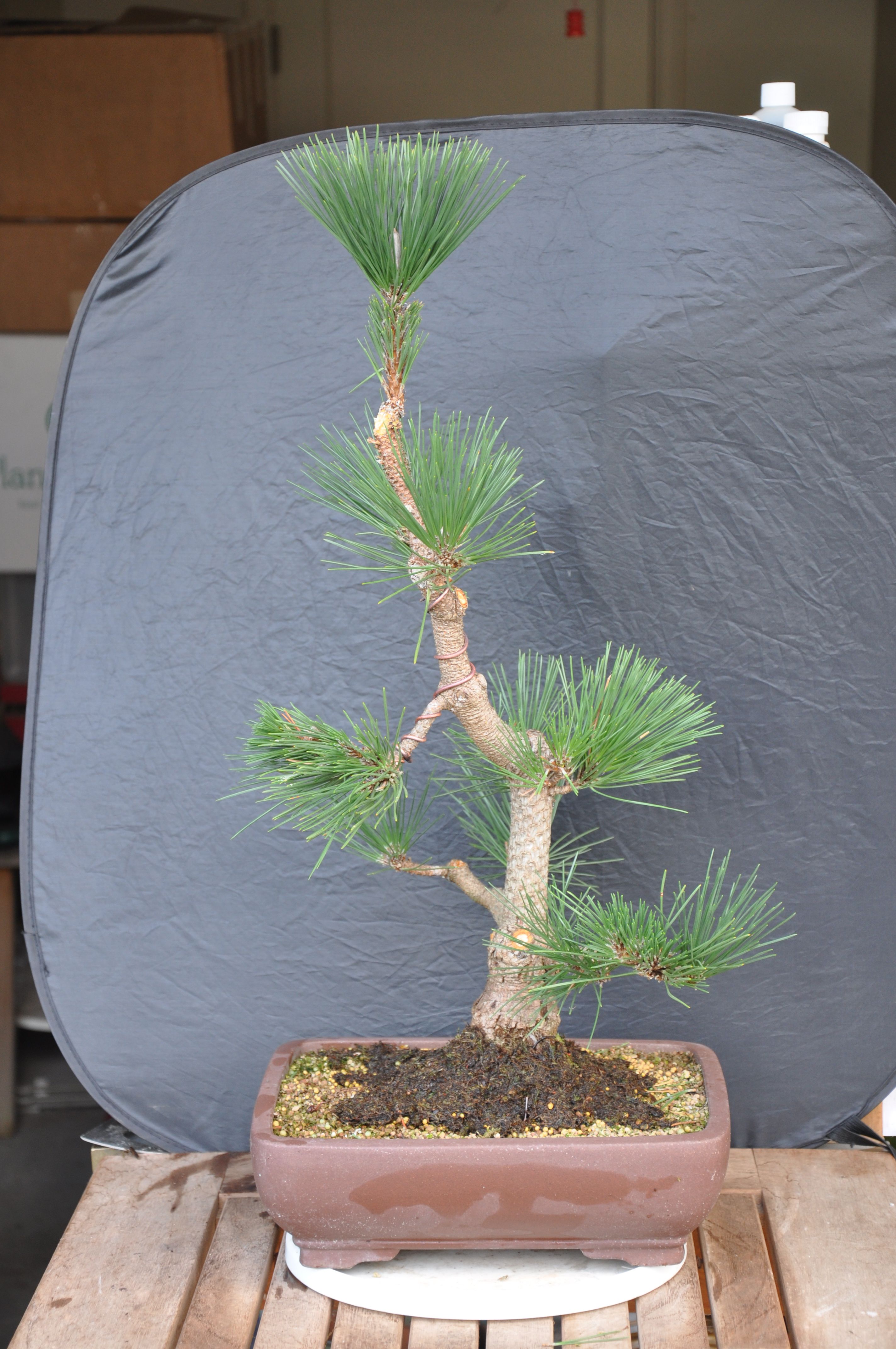 Note the anchoring bit of wire around the trunk for holding down the left branch
It grew and grew but never really thickened. See that bit of wire I applied to hold that descending branch? It never bit-in, in any way, in three years of growing! 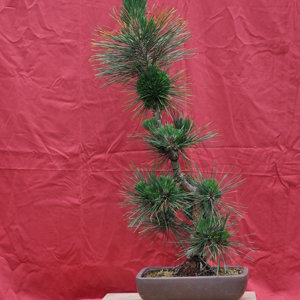 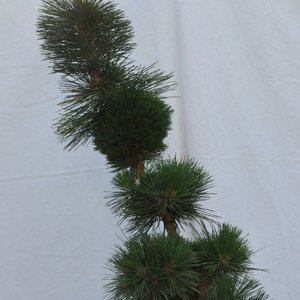 So I chopped it off, kinda liking what I found. I moved it to a different pot this spring, and this is what it looked like after cleaning it up a bit, less than a month ago. 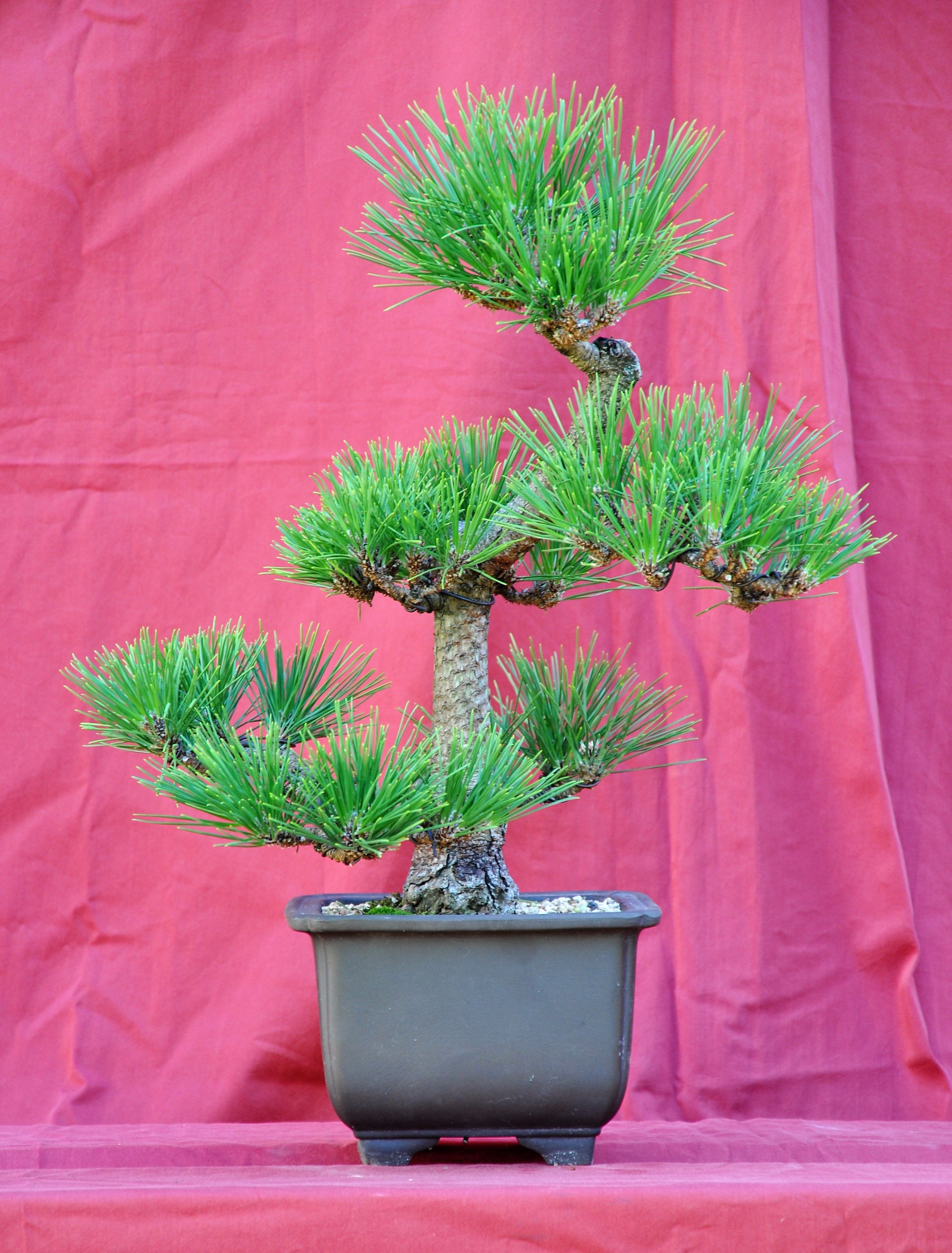 I moved it into this pot in the spring.
Other than experimenting with select branches, I haven’t ever decandled it. This, of course. is the heart of my plans for the next few years - to see what I’ve got with some further development and a dash of refinement. I think there is hope for it and for me getting it there.

After 8 years of struggle, you still have a mess.

You can spend your time however you like, but Thunderhead just doesn’t have good bonsai characteristics.

I’m not trying to be rude or condescending, but this is a perfect example of someone beating their head against a wall. Had you spent the time on a “non-Thunderhead” JBP, you would have much better results.

Back sometime before I bought this, I was a noob reading articles at evergreengardenworks.com and in one of them @Brent discussed how he thought 'Thunderhead' was a good, but underutilized, variety for bonsai. So here we are.

Thunderhead would be a great name for a band.

I actually like this tree! If it was mine, I would do literati for it.

bonhe said:
I actually like this tree! If it was mine, I would do literati for it.
View attachment 213227
Thụ Thoại
Click to expand...

One would need to regrow that top internode as it is gone.
While it could be done, I just don't see an interesting literati in it.
I might give it to you after a few more years.

0soyoung said:
One would need to regrow that top internode as it is gone.
While it could be done, I just don't see an interesting literati in it.
I might give it to you after a few more years.
Click to expand...