I know this is a late entry but perhaps you will let it stand after reading!

So I found this 6 yr JBP contest thread earlier this year, after I'd started some 2020 seedlings, but they're a different story.

I started my first JBP seeds in 2018, and it wasn't an early start either: 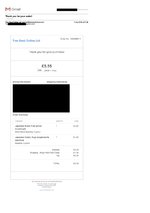 I planted them in regular garden soil and sand. July '18 was a late start, and they only just got germinated before the weather turned cold in October. I don't have a photo of the seed tray from this period.
I left them outside that Winter, no extra protection, and they survived pretty well.

As it came round to July '19, I decided to pot them up, and had read about cutting stems or tying off stems to produce a good nebari. 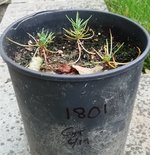 This is an example of one I applied a cotton thread tourniquet to: 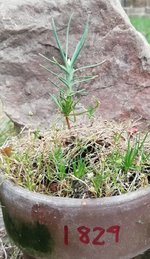 Not much happened with the ones I cut, so I brought them inside around January '20, where I'd set up a grow area for a new batch of seeds.
The ones with a tourniquet stayed outside in a cold greenhouse.

Here are the cut ones in April '20, indoors. Not the best photo, cropped from a photo about my 2020 seedlings: 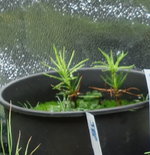 Two of the three cut ones had survived, despite my rudimentary knowledge. I was pleased, but at 22 months old they were looking very weedy compared to seedlings only 3 months old.

Here's tourniquet example from March '20 that I'd kept outside in a cold greenhouse: 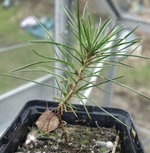 Around July I moved the cut seedlings outside to join the rest of the class of '18, they were repotted to separate them, and get them into a better substrate.
The ones with a tourniquet were also repotted, new post with results to date to follow soon.

Welcome to the game!
J

The two cut JBP improved a lot thanks to the grow tent and a season in good substrate. The roots are pretty good but they're survivors for now, not superstars: 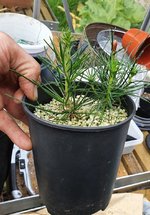 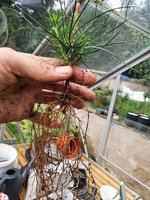 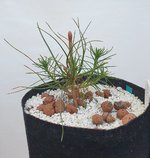 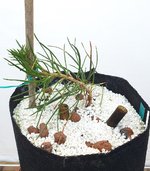 The ones with a tourniquet grew a lot more, and most have pretty good roots. You can see the red thread used to tie off the stem in some pics. There is a tendency for the roots to be one sided or missing a quarter, so not as radial as the cut ones. They clearly got the better of the growing season though: 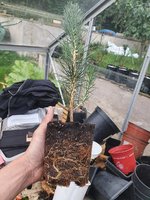 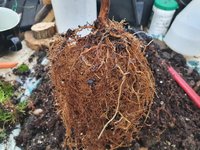 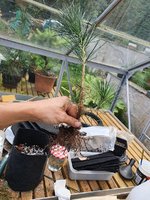 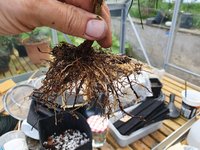 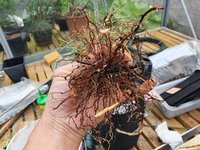 Some did not work so well, yet to be seen what to do with this one: 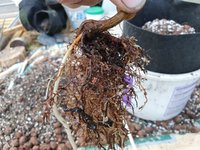 All of the pines with a tourniquet had outgrown their pots by September. Here are some pics following an early Autumn repot. My aim was to get them into 1 gallon root pots so they could get established over Autumn, wire over winter then really get growing come the Spring: 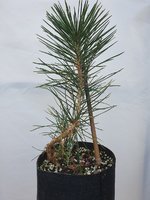 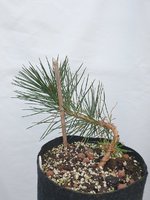 I think the tourniquet method is a worthwhile variation on the seedling cutting method. My 2020 seedlings which were cut have far exceeded my 2018 seedlings already, but they've had daily care in a grow tent with 18 hours of light.

The tourniquet 2018 pines just got on with it, good growth and have great roots to work with. The 2018 tourniquet pines all got a decent second flush as well, which is pretty good in the UK.