I posted this boxwood along with another tree on another thread but I decided it was time to split them into separated discussions since each of them its getting different feedback and having everything mix up on a single thread could create a lot of confusion.

This is what a got a few days ago. 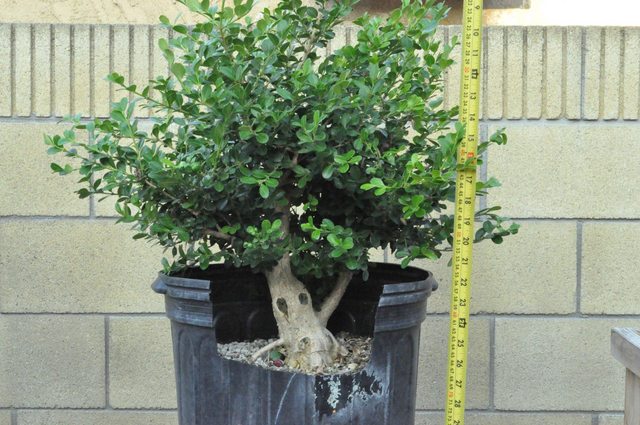 Looks like a decent piece of material, but will require some work,

I'll started by removing a good portion of the foliage so I can have a better view of the branches. 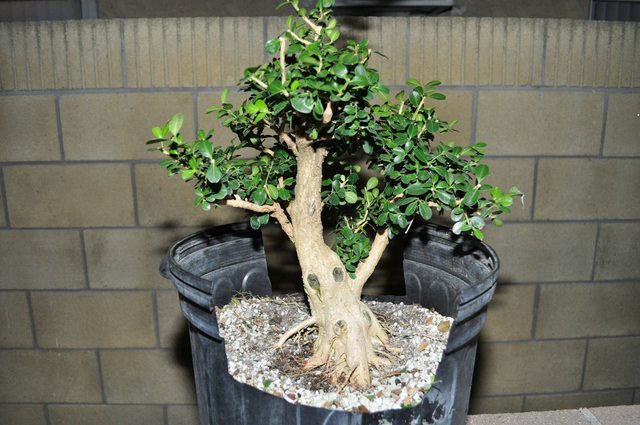 I removed the old soil, it was too compact, last time I watered was on Sunday morning and today when I took it of the cheap plastic nursery pot it was very wet on the inside, so I decided to remove as much as possible of the soil, I took the opportunity to reduce the root ball a little and remove some of the old thick roots. 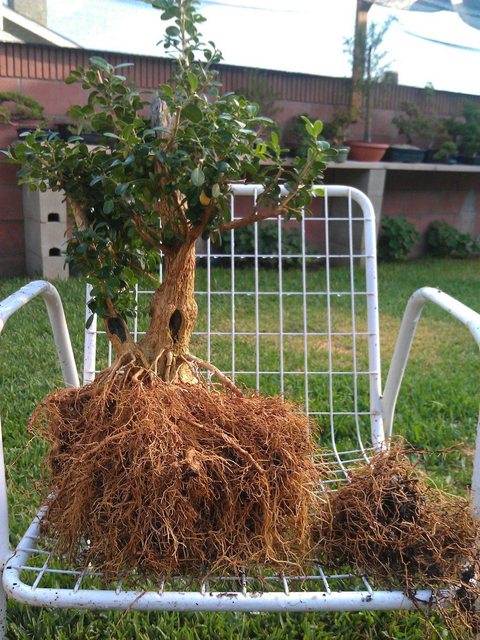 This is the new home of the boxwood for the next few years, 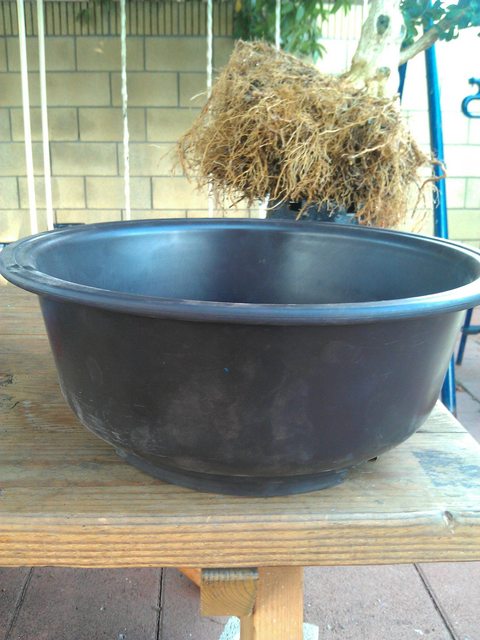 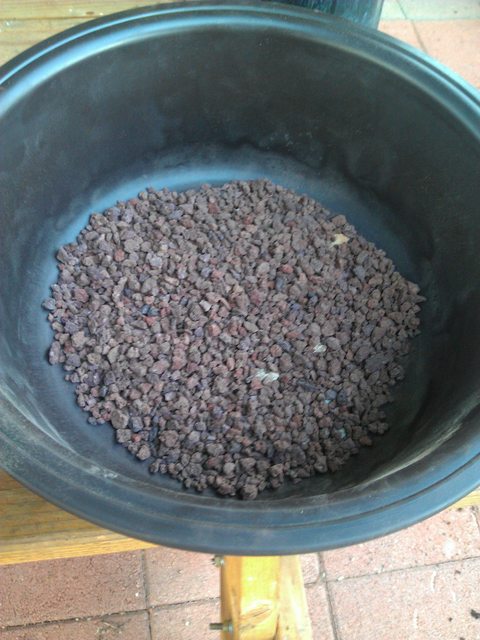 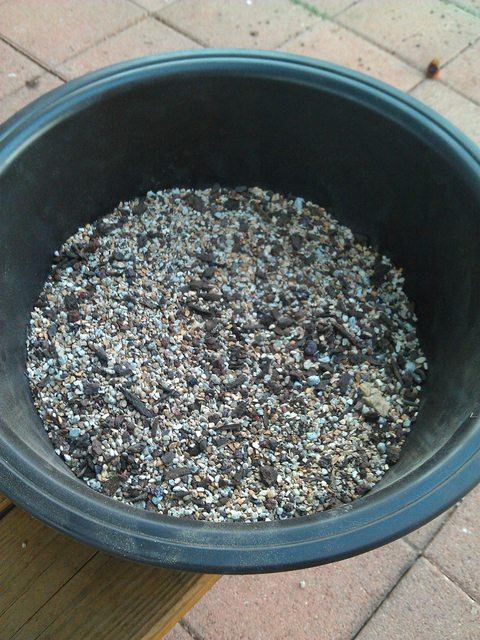 I also removed some of the "aerial roots" from the twin truck and an ugly root from the main trunk. 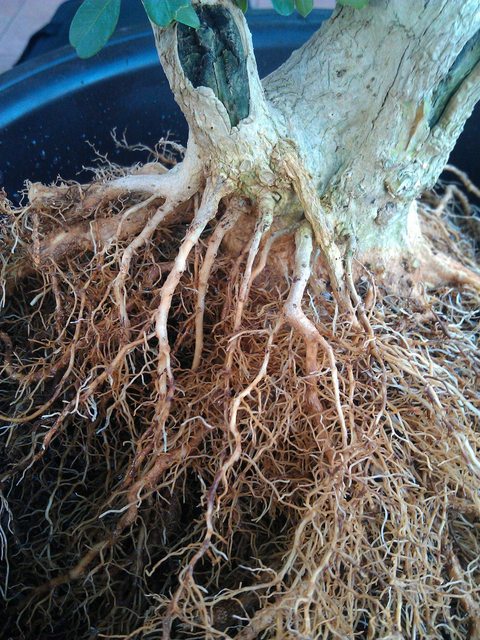 finish it with a nice layer of lava rock on top, I like to use this material on top of the soil for a few reasons, 1) it adds a nice weight to the pot, thus making it more stable and reducing the chances of tipping it over 2) it helps me to keep my soil mix in place while watering 3) it holds a nice amount of water, so I have to water less 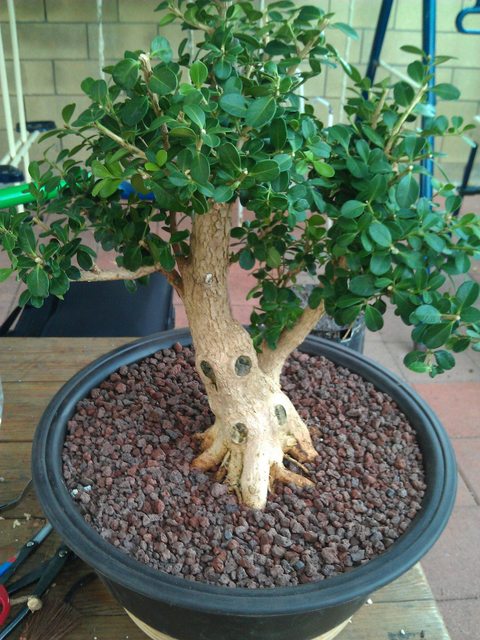 After a nice shower 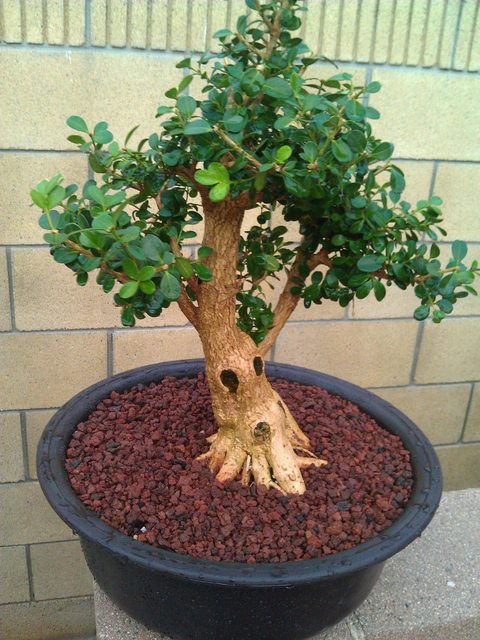 without the aerial roots 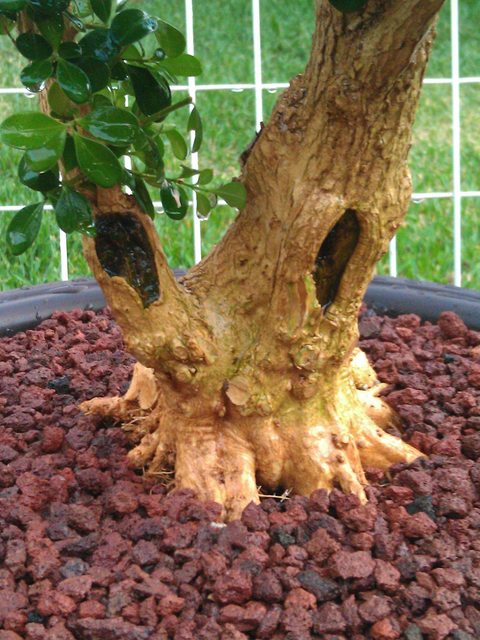 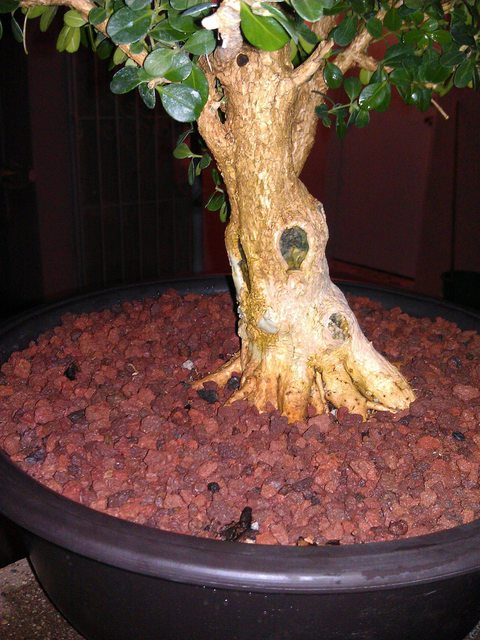 Now, I'm thinking on probably removing the top portion of the twin trunk, this will give it some movement, taper, and I will get rid of the straight upper portion that look very unattractive. What do you think? 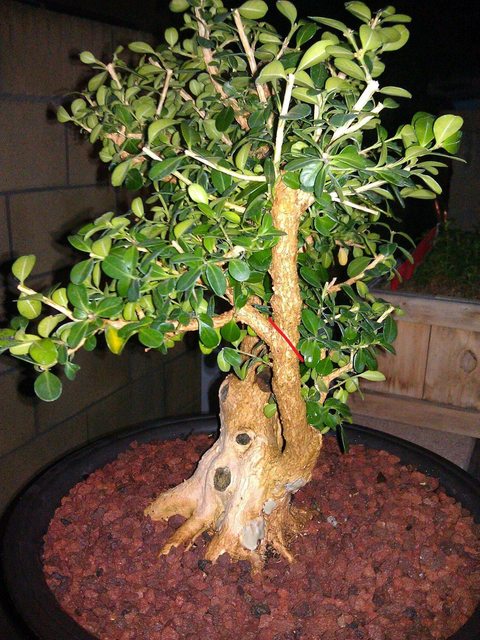 nice flare at the base of the trunk-well done
B

I like what you've done with this. I would think that you could cut where indicated - but maybe next spring. Has it had enough stress for this season?

I know this is after the fact, but is now the best time to repot?

axxonn said:
I know this is after the fact, but is now the best time to repot?
Click to expand...

That was my first thought.

In California, doesn't really matter all that much. I repot mine in mid-spring here in Va. though, as summer isn't a great time to do it here and have them recover enough for winter.

I think it should be ok, I'm far from an expert, I only took of less than 1/3 of the roots, needless to say I have my fingers crossed on this one.

My only input at this point is that the tree's tilt is pronounced enough to probably determine your choice of front -- or at least influence it strongly. I would give that some thought before cutting the secondary trunk.

Boxwoods bud back nicely after a chop -- either that, or mine doesn't know any better!

Personally I would be a little more bold with the second trunk. I'd go back an inch or two beyond the scar. In any case, nice material, you have something to work with here.
You must log in or register to reply here.