I got this tree back in nov 2014 from a garden centre, ive been pretty brutal with it, here's its progress since then. after it was chopped it was left to recover indoors in a warm spot and i brought it outside in spring. from nov 2014 to now. i did some carving on it a few days ago.. 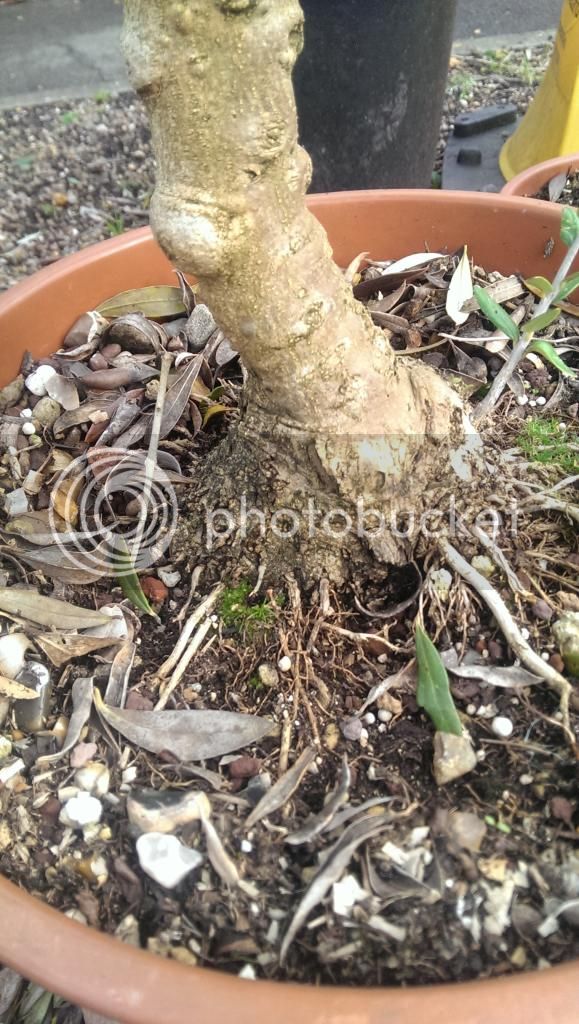 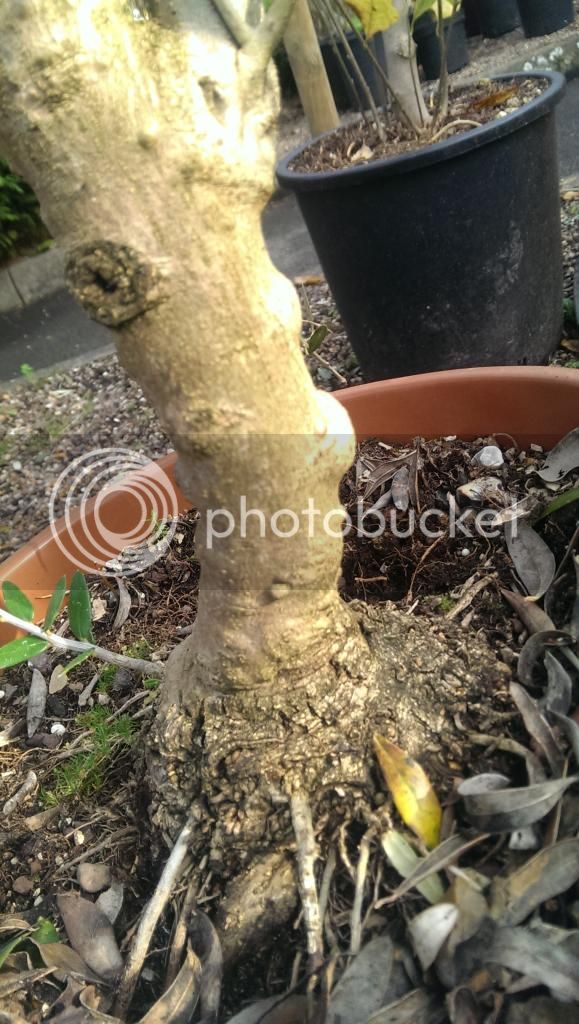 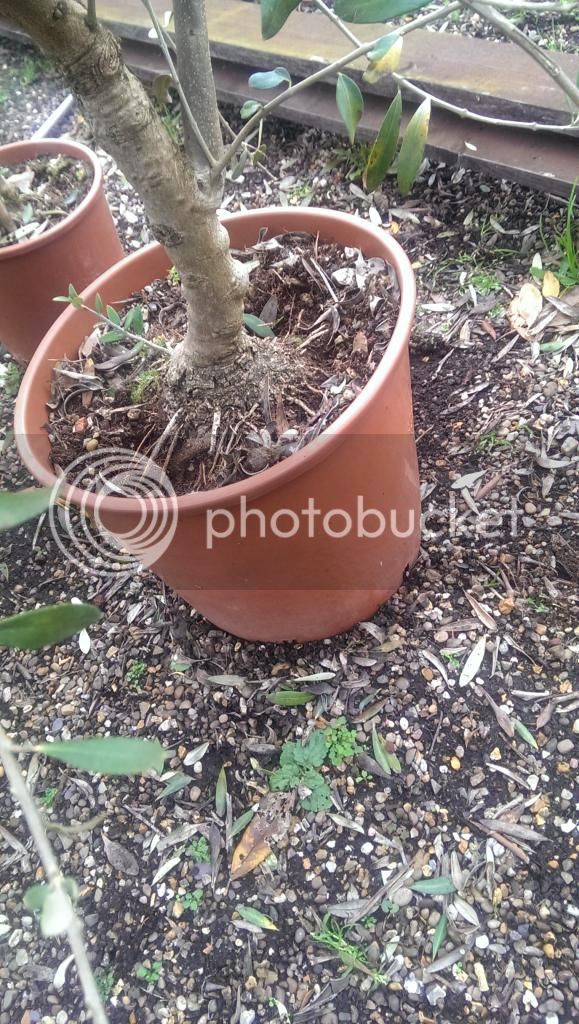 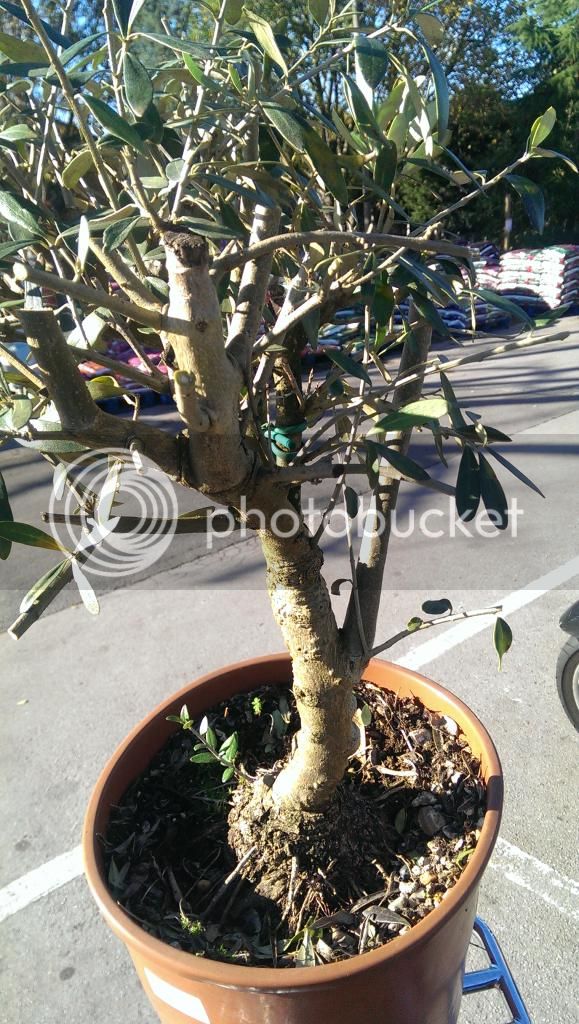 The tree was bare rooted, all old soil removed, flat bottomed with an electric saw and the top chopped off. 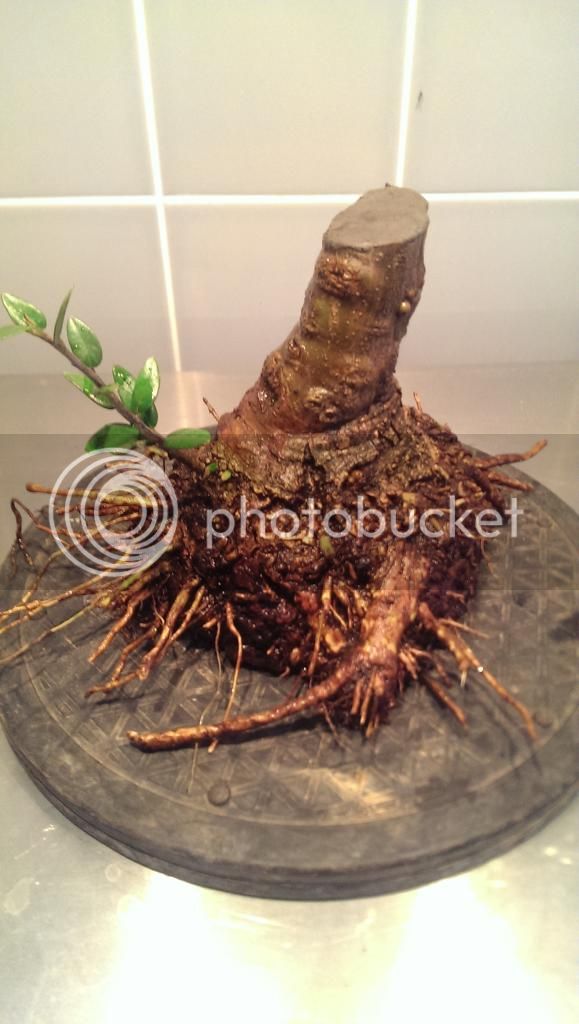 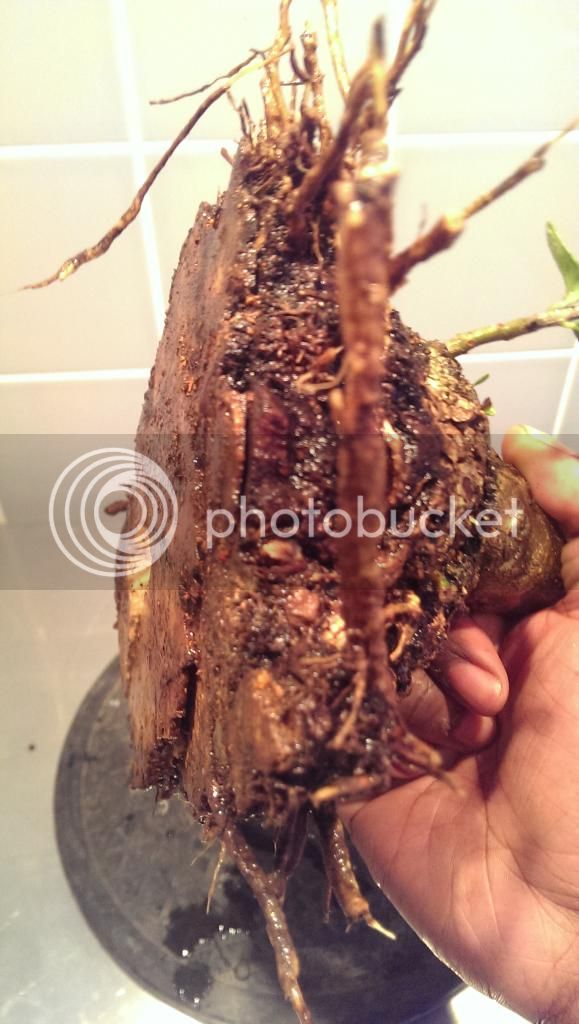 It was potted into a special mix for Mediterranean trees from Kaizen.. 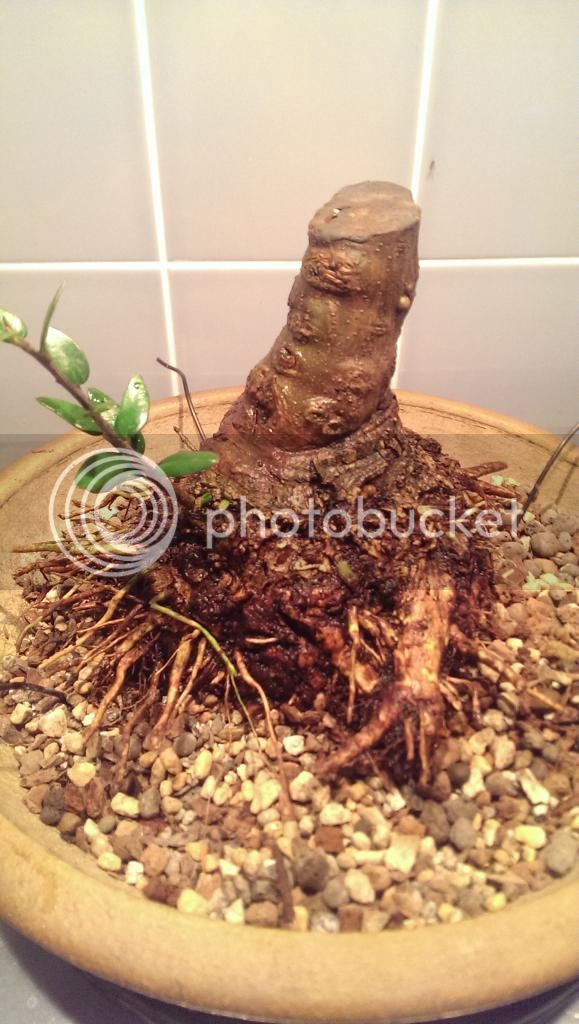 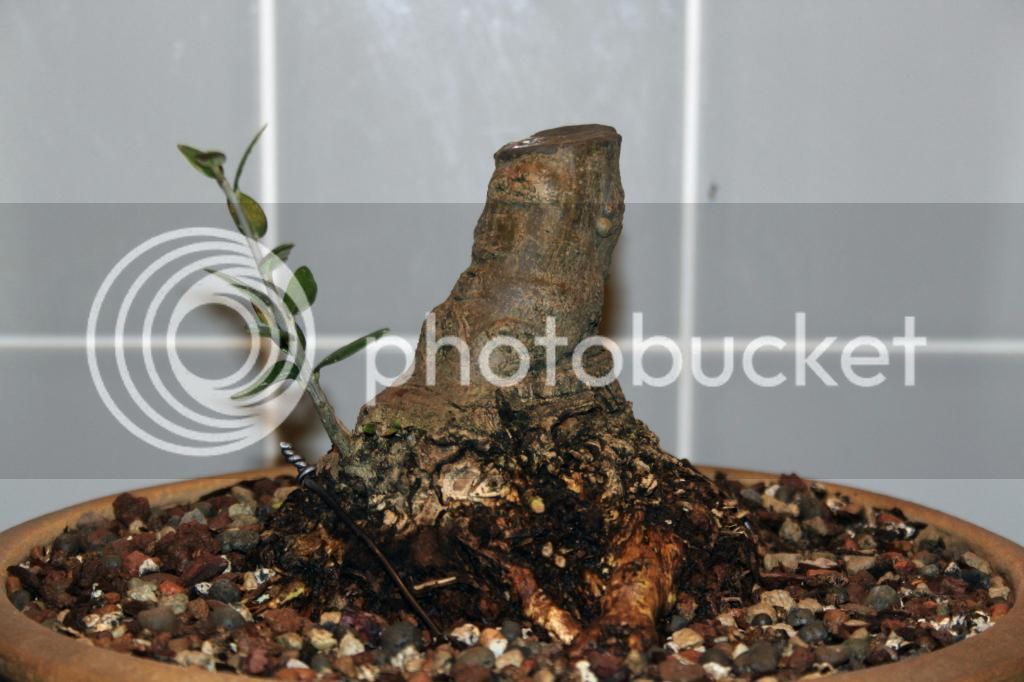 three months indoors, i brought it outside to take some pics before bringing it back in until the weather warmed up properly.. 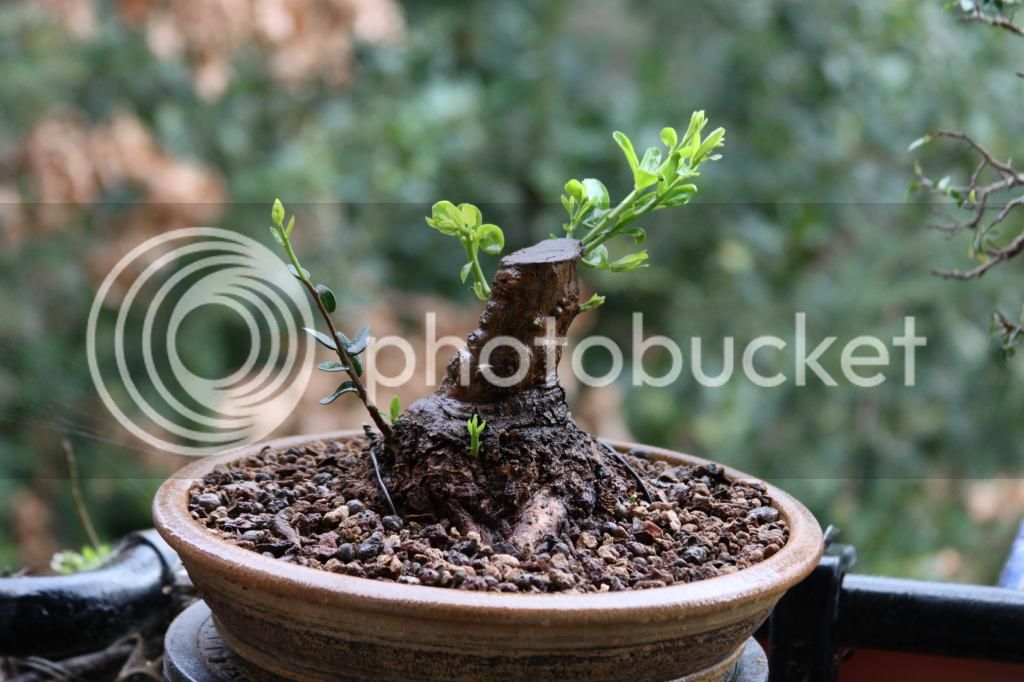 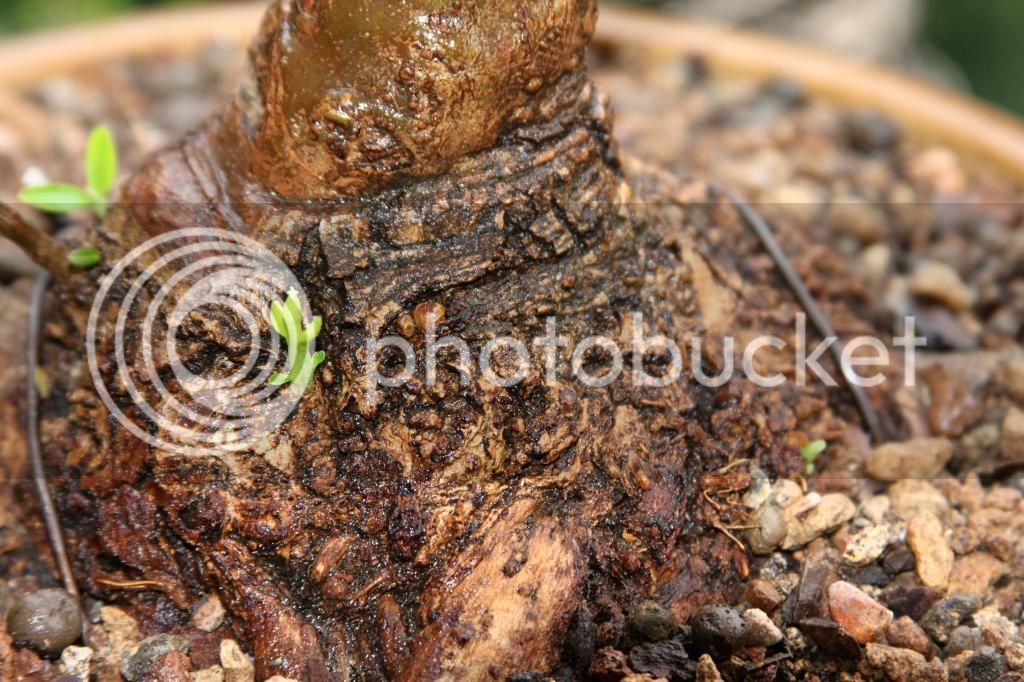 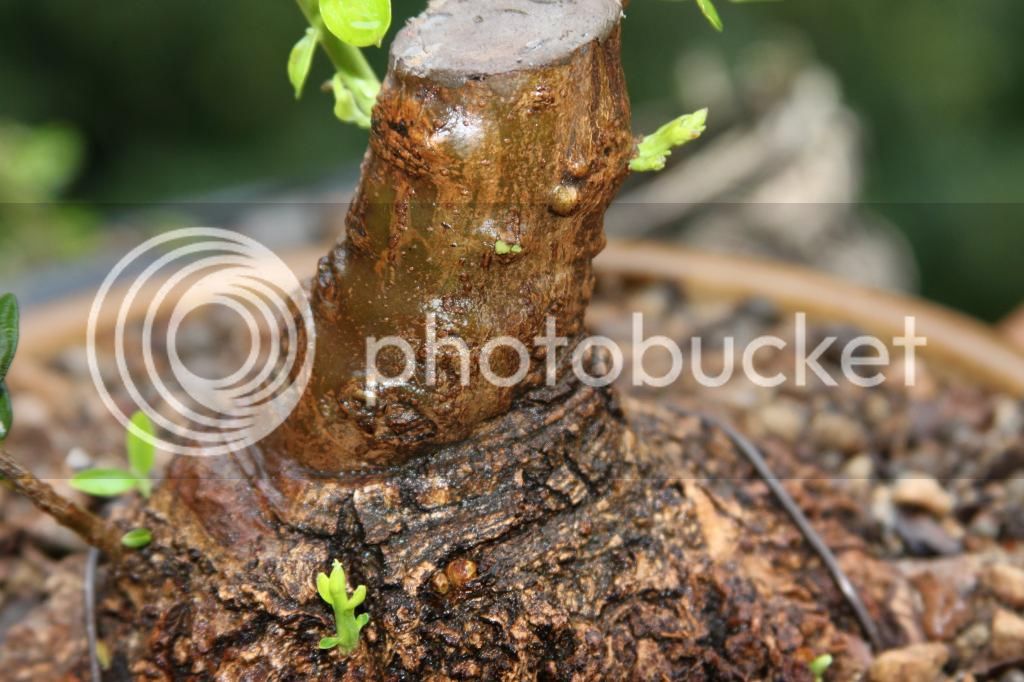 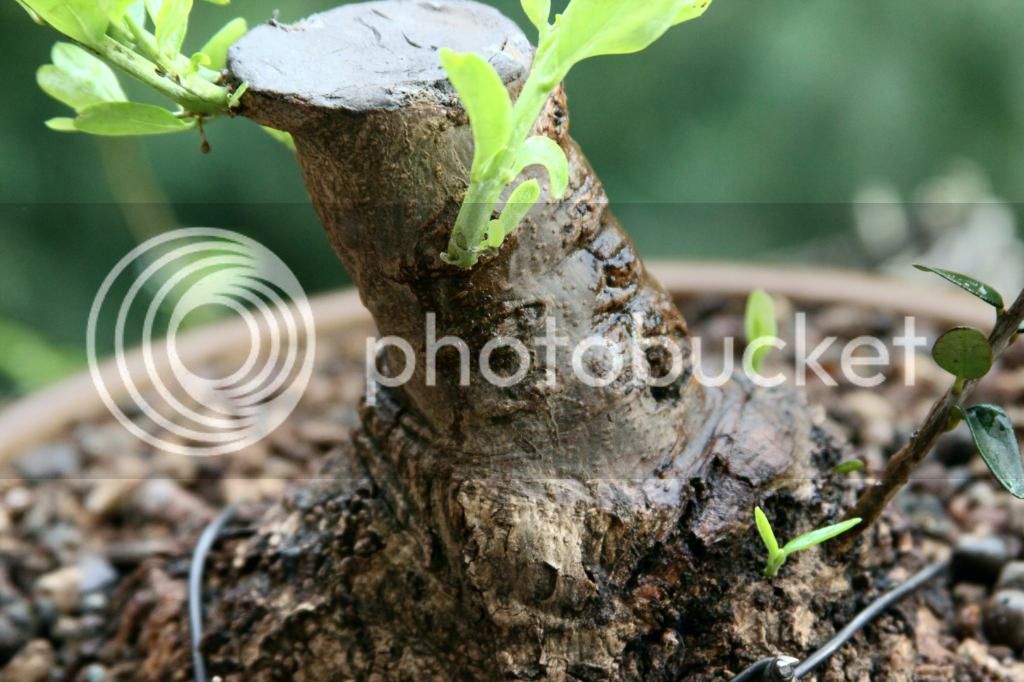 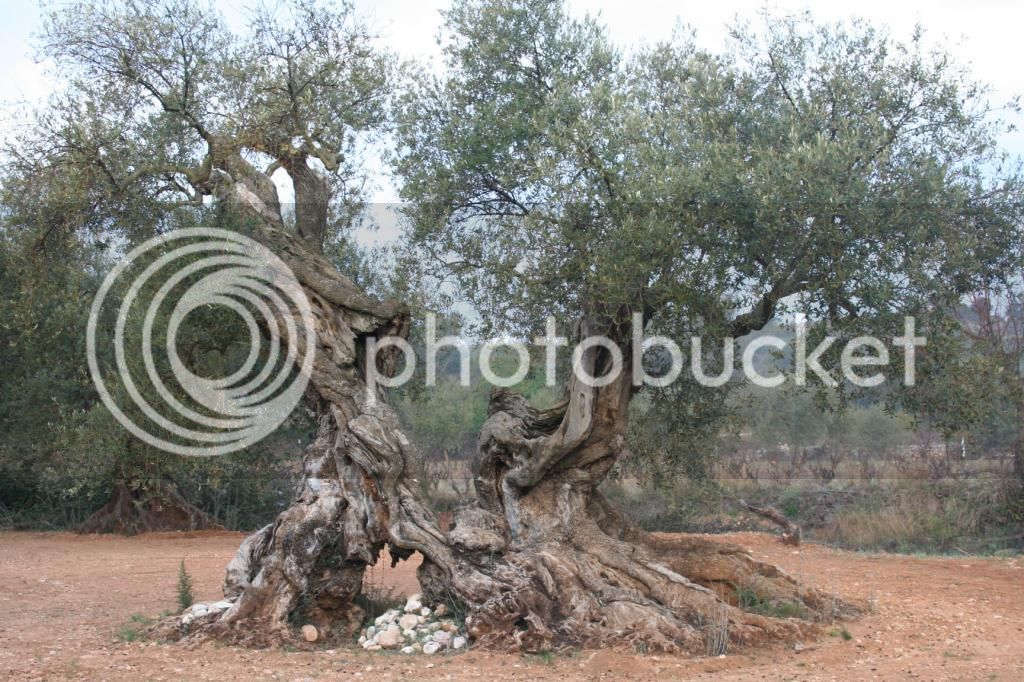 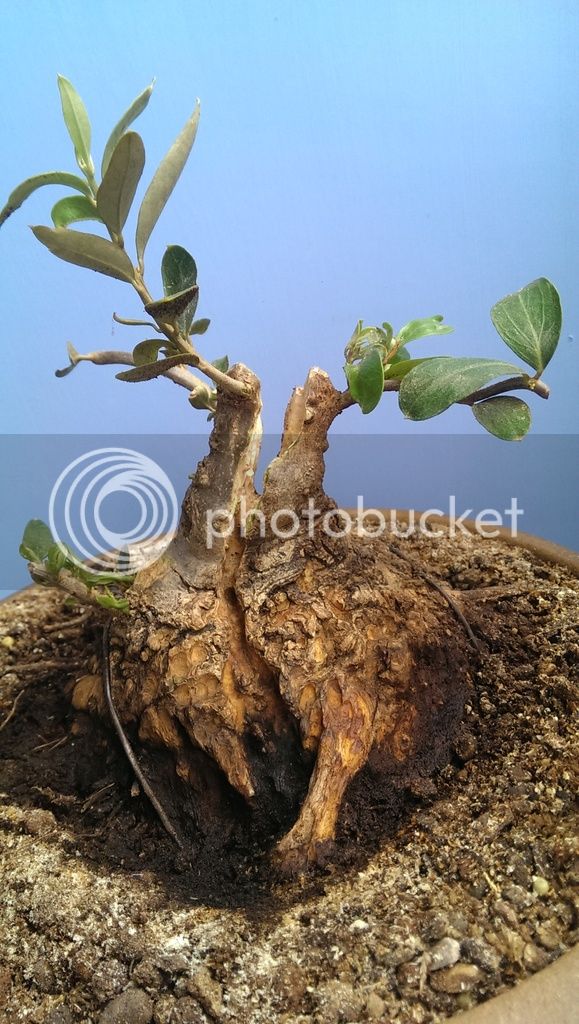 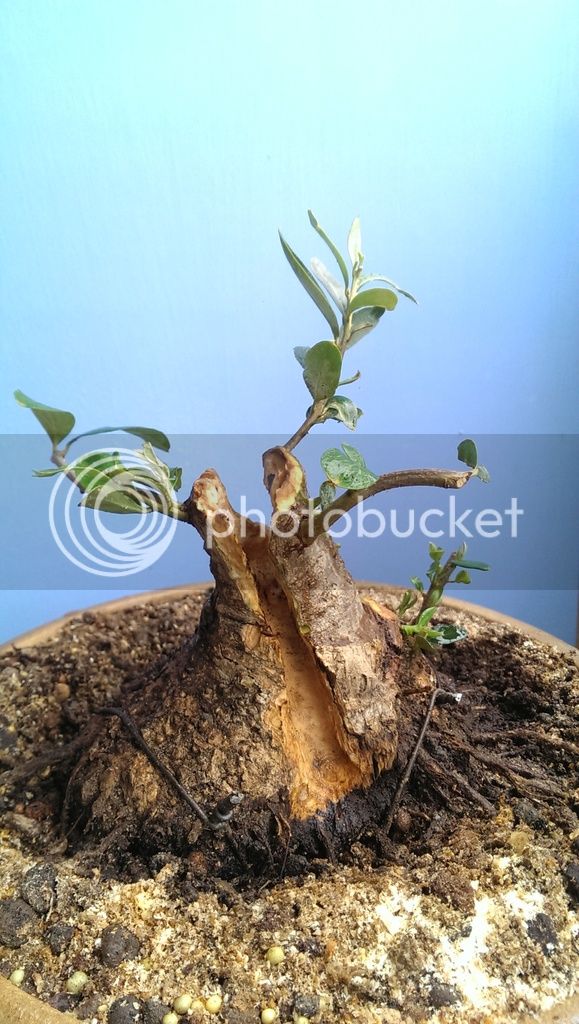 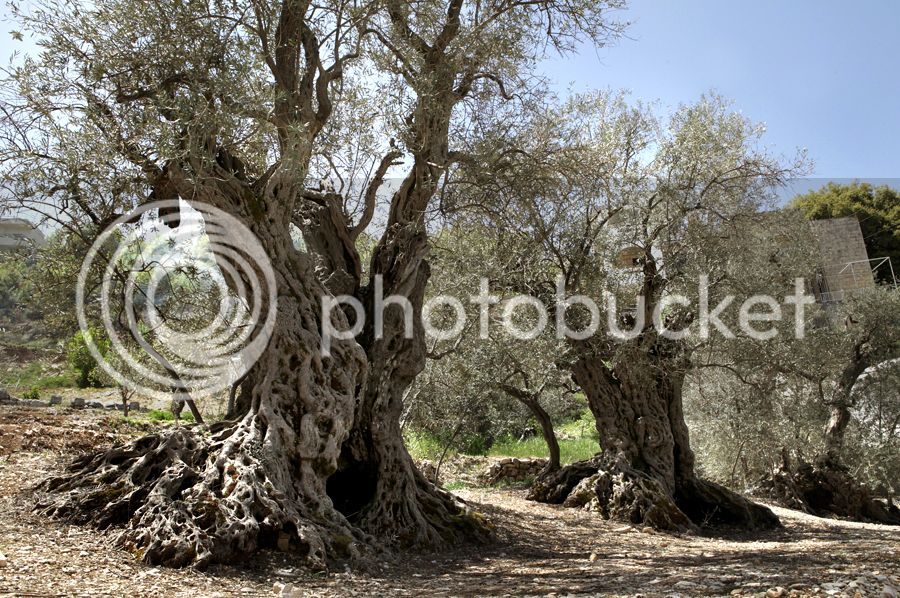 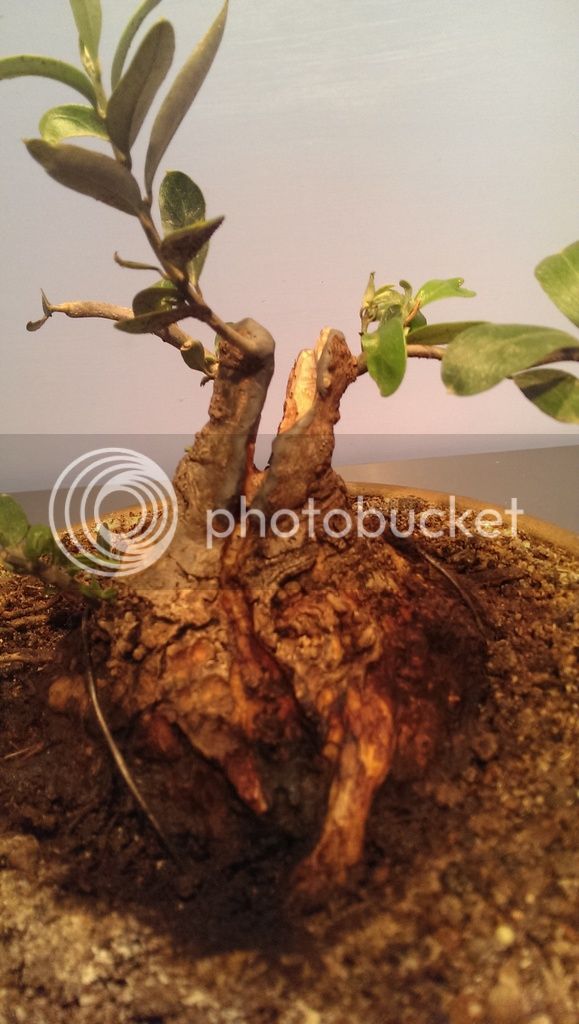 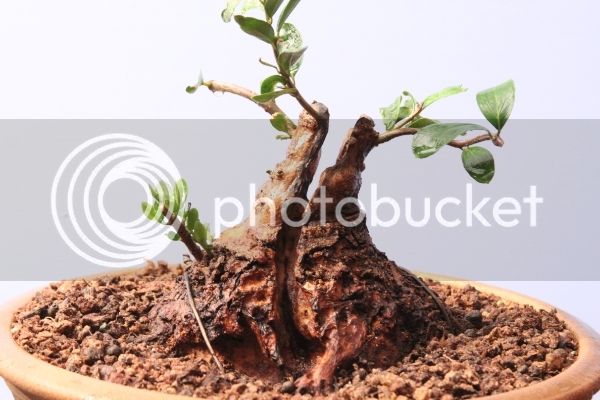 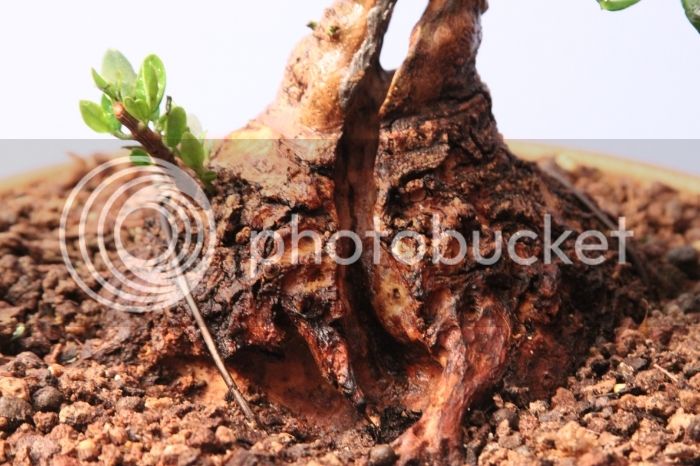 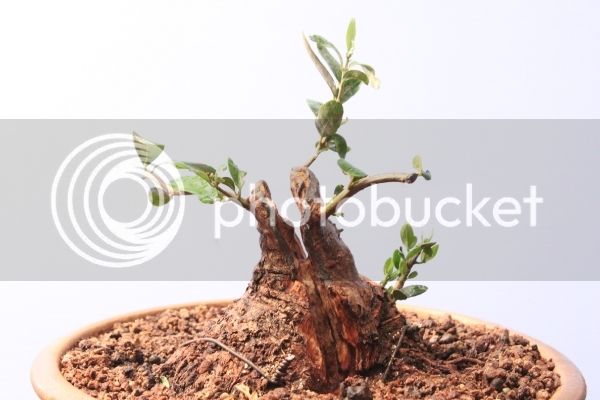 Going to let it grow now, before carrying out further carving work later....

Lovely can't wait to see what happens next

Yeah, very cool. You can torture these things at will, and they never skip a beat. Nice models you have...

Wow nice work man, i would have killed the tree in step 1 i think.

Love it. Way to just go for it!

Nice real trees. Once I find a nice olive I'm scooping it up!

I sort of forgot about this one, its been in the ground for about 3 years now and has put on a bit of girth, lots of thick branches and suckers, ill try to do some pics this week, its growing amongst other trees, probably time i went in there and hedge pruned it.

not much to report really, i think its struggled a little tbh, looks like its put on a bit of girth though 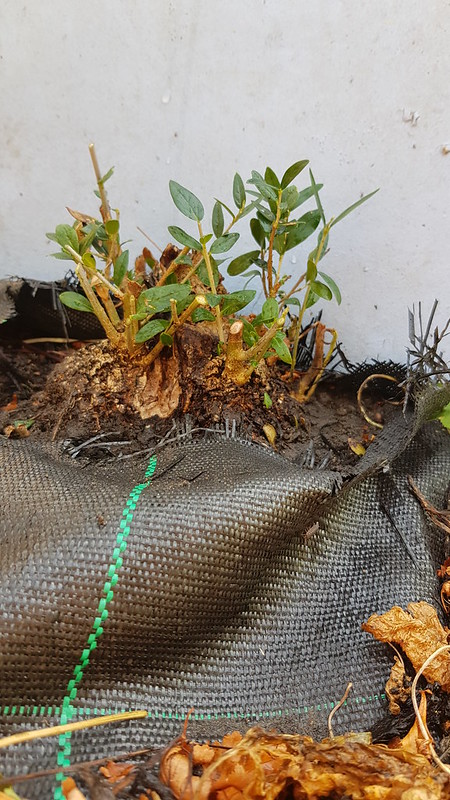 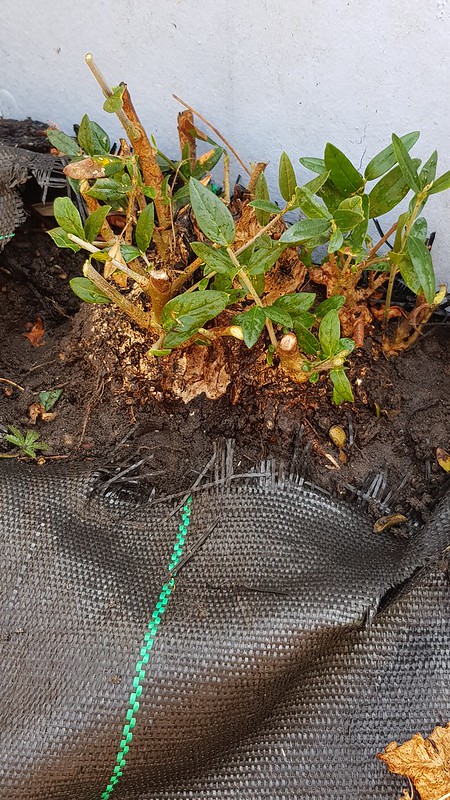 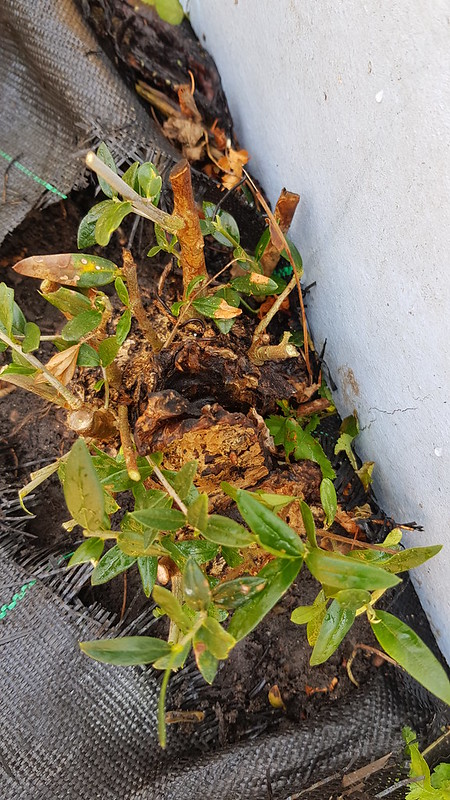 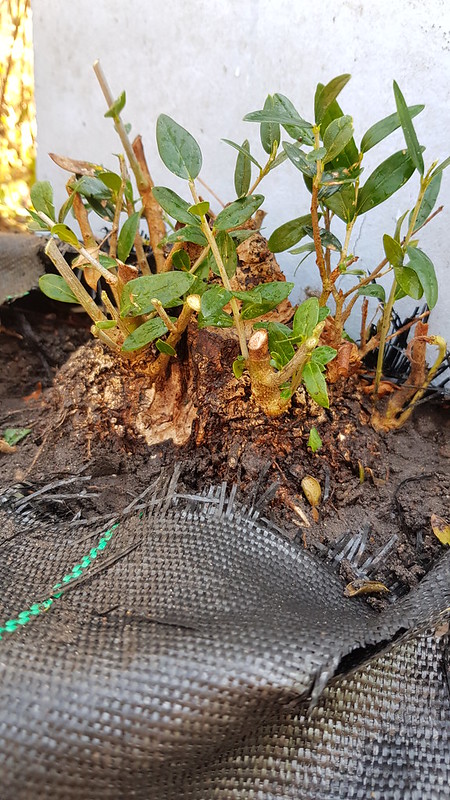 it anything its become more shrub like, now ill forget about it again for a few years, i can't see this becoming anything much

Always a joy seeing what you are up to!

BobbyLane said:
i can't see this becoming anything much
Click to expand...

If you really do not like it, how about moving this one a few miles east, to my garden?

leatherback said:
If you really do not like it, how about moving this one a few miles east, to my garden?
Click to expand...

Hi mate, most of my trees in the ground are either there because ive run out of space on the balcony or just left to grow out and see if something better becomes of them later on, ive thought about moving on quite a few, but on the other hand, i have a lot of space in the allotment and under no pressure to move them on really, ill see how i do over the winter, when i can get a better look at everything.

Cadillactaste said:
Always a joy seeing what you are up to!
Click to expand...

Thanks, Miss Cadillac i appreciate that

Some recent work on this Olive

" Its not ALL you need to know.. no source of info in the world is "all" we need to know, thats impossible "

that potter article pretty much was all i needed to begin repotting my own olives, i also did some research on here and other forums and straight away i knew that you could be quite brutal with them. Potter always has a load of olives for sale and has done for years, so it only makes sense he must know what he's talking about.

Hi! This post is just to show a technique that I use with my olive trees. I believe that many other do the same, but since I haven't seen anyone posting this ki

i put this in the wrong thread, anyway i recommend bookmarking for future reference @ConorDash
Last edited: Jul 28, 2020

Well played! I thought it looked like you chopped it lower. I like the direction you have took with this. That base was stellar with age and character.