I bought this Ponderosa pine from Tim Kong, a long-time member of the Bonsai Society of San Francisco. He claims to have gotten it from Dan Robinson but who knows where it came from really - it is surely collected but could have come from anywhere. When I bought it it was in good soil and had a lot of foliage but it was all at the top of the tree. I repotted it and watched it grow a while before doing anything.

The fat base and the taper of the trunk made me think that it didn't really work as a literati tree so I took another approach and decided to bend the tree. 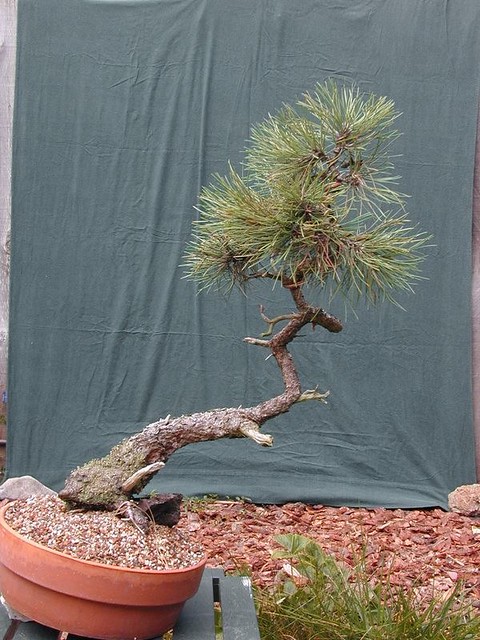 There were lots of bends so I just added another and bent some the existing ones a bit further. 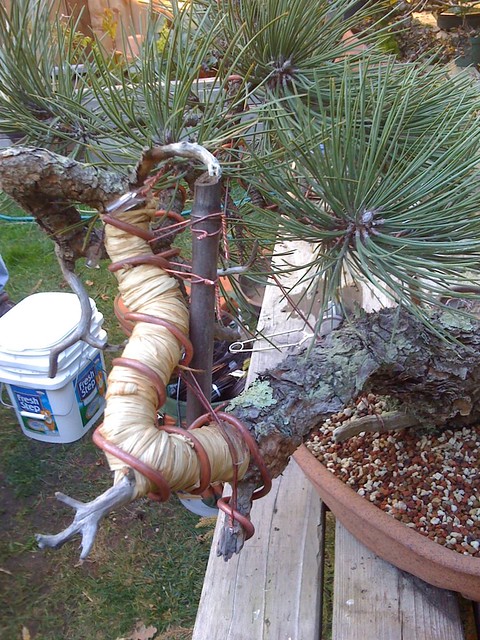 A couple years later and I liked this as the front. But a couple other people convinced me that the twisty part going to the back didn't allow for it to be fully appreciated. 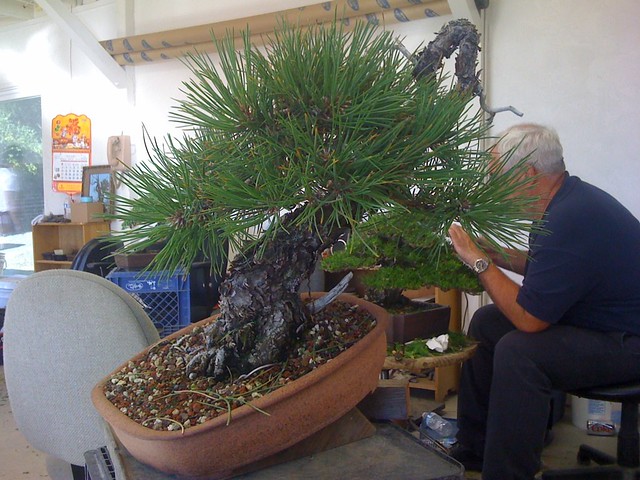 Ready for show in a Jim Barrett pot. I should have removed that last guy wire... 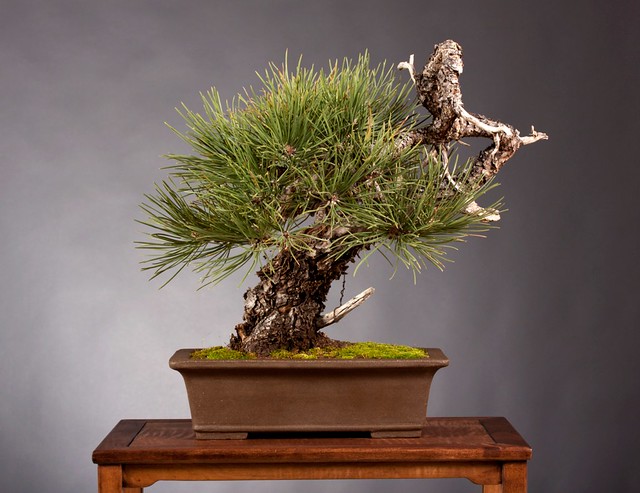 It's a bigger tree than I thought, but I like it.

Beautiful. Keep posting your work please, it's outstanding and fun to look at.

Yes, That is a wonderful final image from the place it started from. So nice to see how you resolved it. I hope you continue to post trees as well, thanks.

Wow, that's very nice work. Great ponderosa - the taper is incredible on that tree. Nice way to start the week when you see pictures like these

Maybe not as big as it looks from the workshop photo. Finished height is only 14".

I love the bark on the lower section. Thanks for posting.

Do ponderosas do well without really cold winters? I don't see too many of them, so I thought we just don't get cold enough during the winter in the lower elevation pats of California.

Rich, you're quite right. I can't say I recommend growing Ponderosa to anyone in SoCal. This tree lived in San Francisco for at least 6 years before I bought it and seemed to do fine. I actually think that they're more sensitive to heat, like 90 and above, than they are in need of cold weather, but I can't say for sure. I will say that I am planning to move back to NorCal in another year and I might take this and my other Ponderosa back up before the real hot part of the summer gets here this year and leave them with a friend. My experiences of last summer have humbled me a bit; I lost a Ponderosa that I considered to be in wonderful condition and well established in the pot.

Cool pine. One thing that bothers my eye is how it is located in the pot. It appears to me that it needs to move to the right. Although the pot is wonderful it may not be for this tree--but maybe just relocating it will do it.
R

Thanks for the info Eric. I'll just have to stick with Black Pines.

Rich
You must log in or register to reply here.