Repotting another juniper today (Ole No. 2) 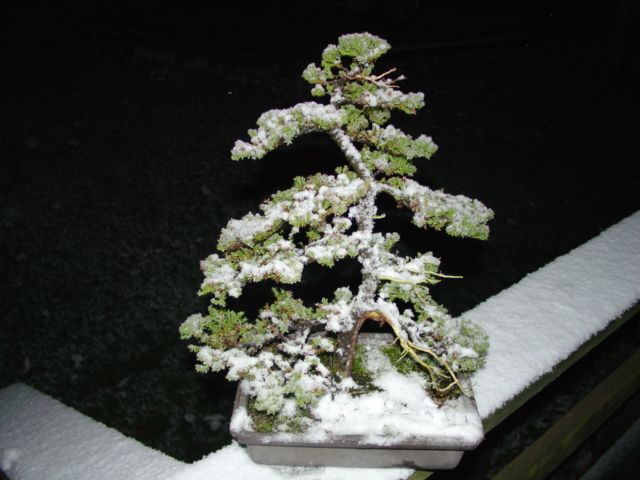 I've no clue when I acquired this tree, but this is one of the oldest pics I can archive on it 2 29 2012.
I did the jin, so have had to have had it at least since 2009. Not sure if it was a Lowes mallsai of not
in the smallest pot they sold them in at the time. Good chance, that's where I got it.

Today I lifted the tree from the same plastic pot it's been in at least since 2011. Same soil, I doubt seriously. 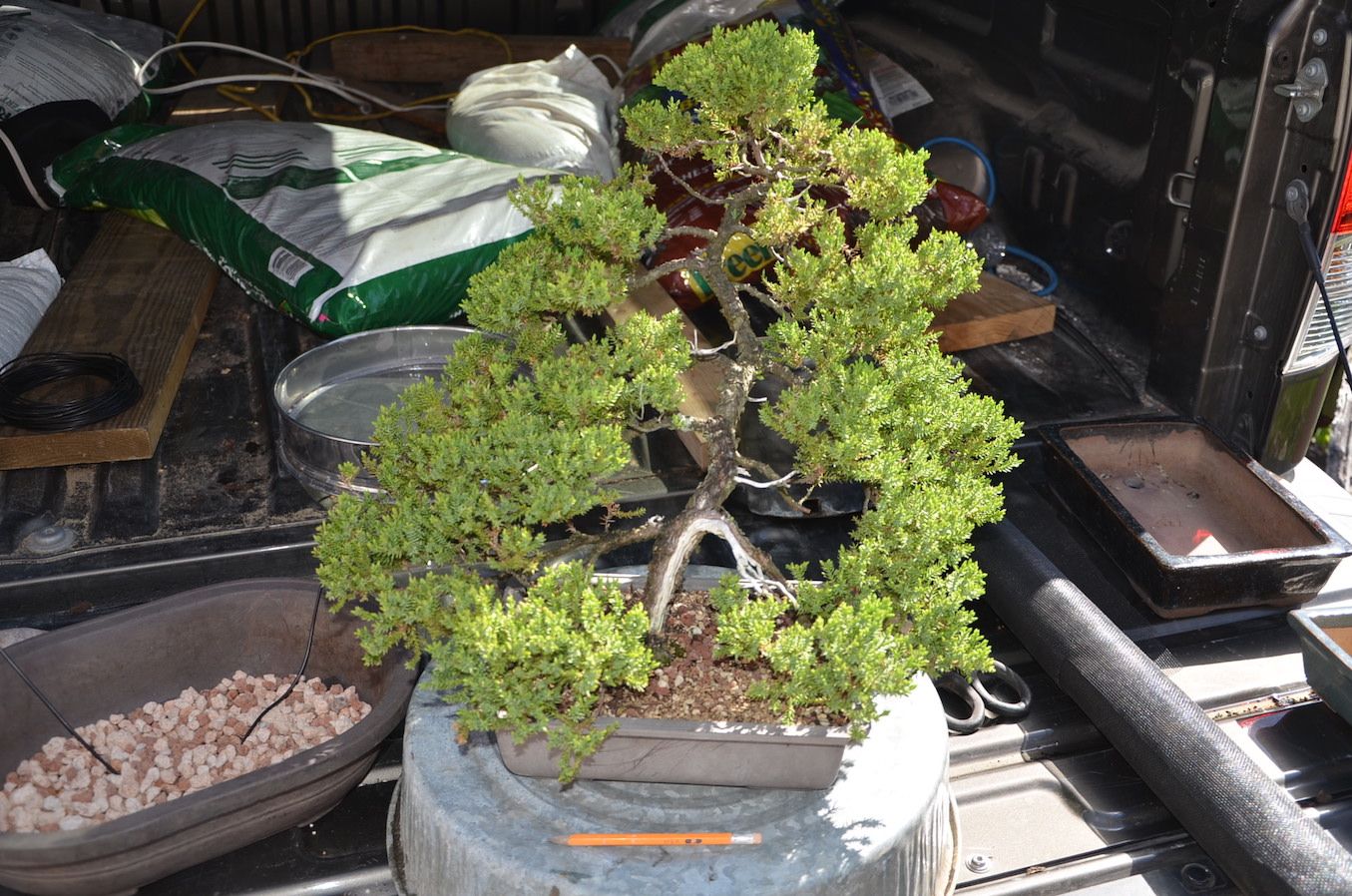 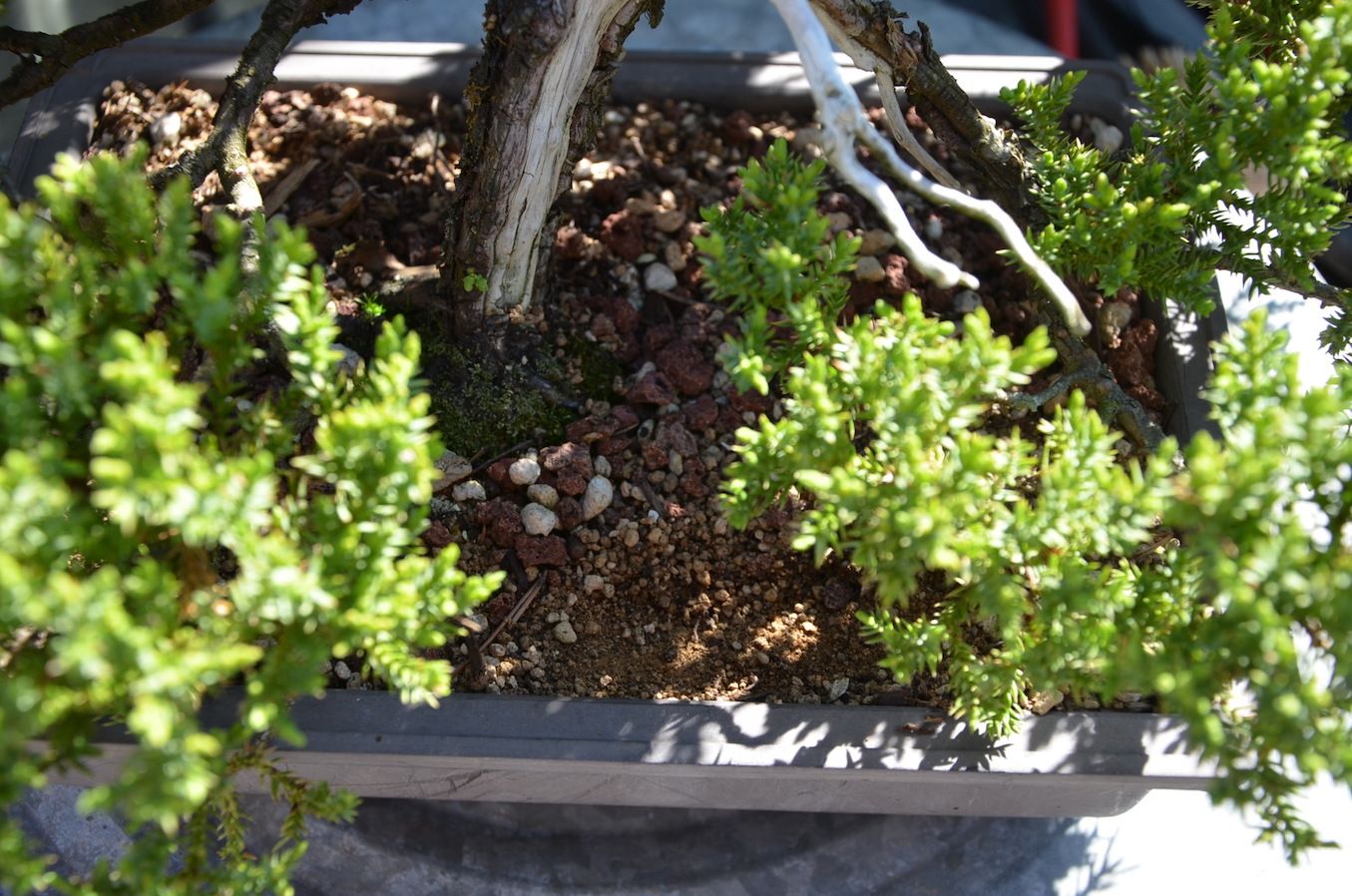 The soil is a thick mat of roots and old akadama fines now with a little aggregate making the mat a bit more flexible. 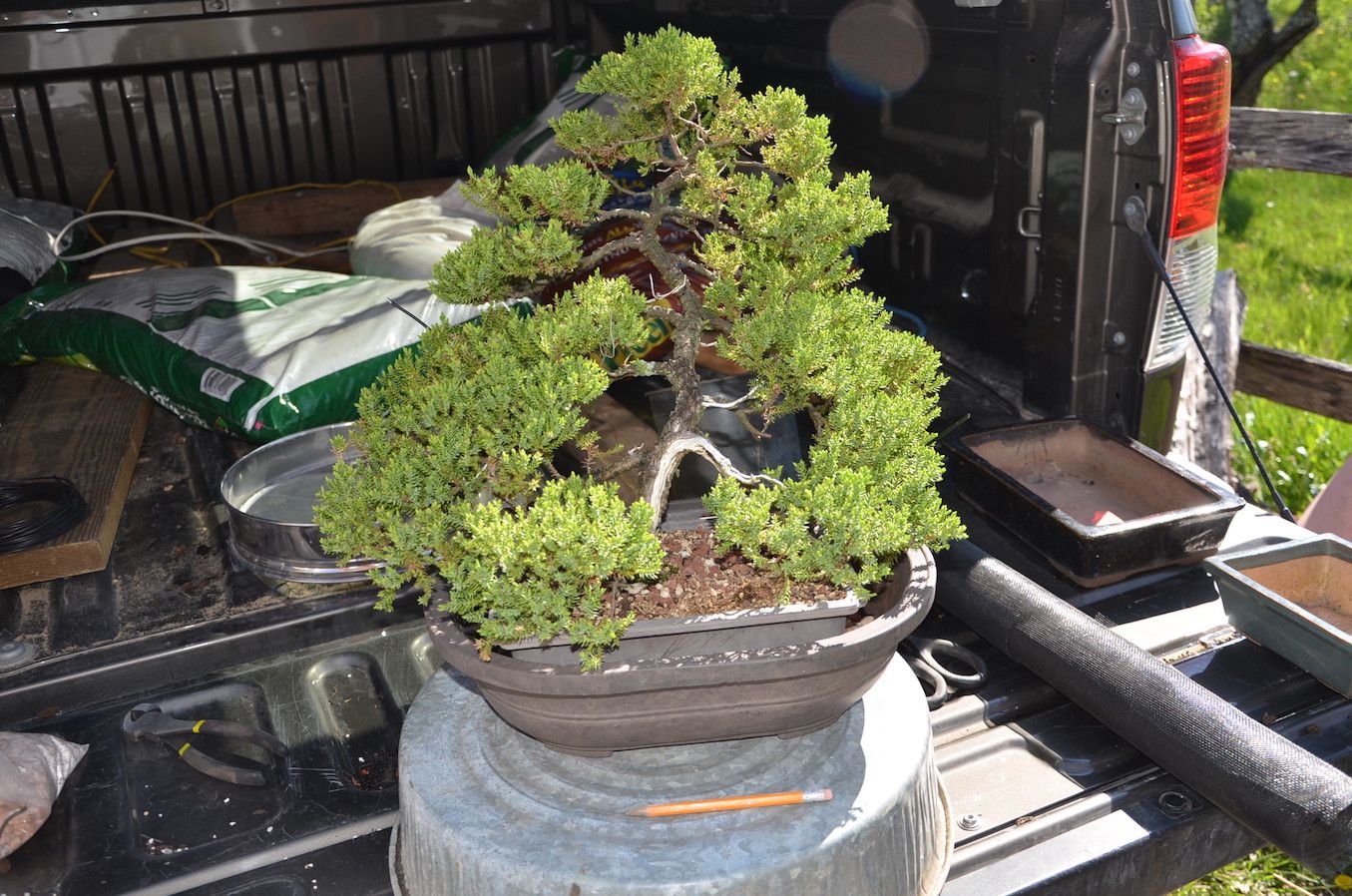 I really didn't want to use an OVAL!! but didn't have anything else on hand I cared to use.
So will continue to train in the new home, and remove more soil and proper pot next go. 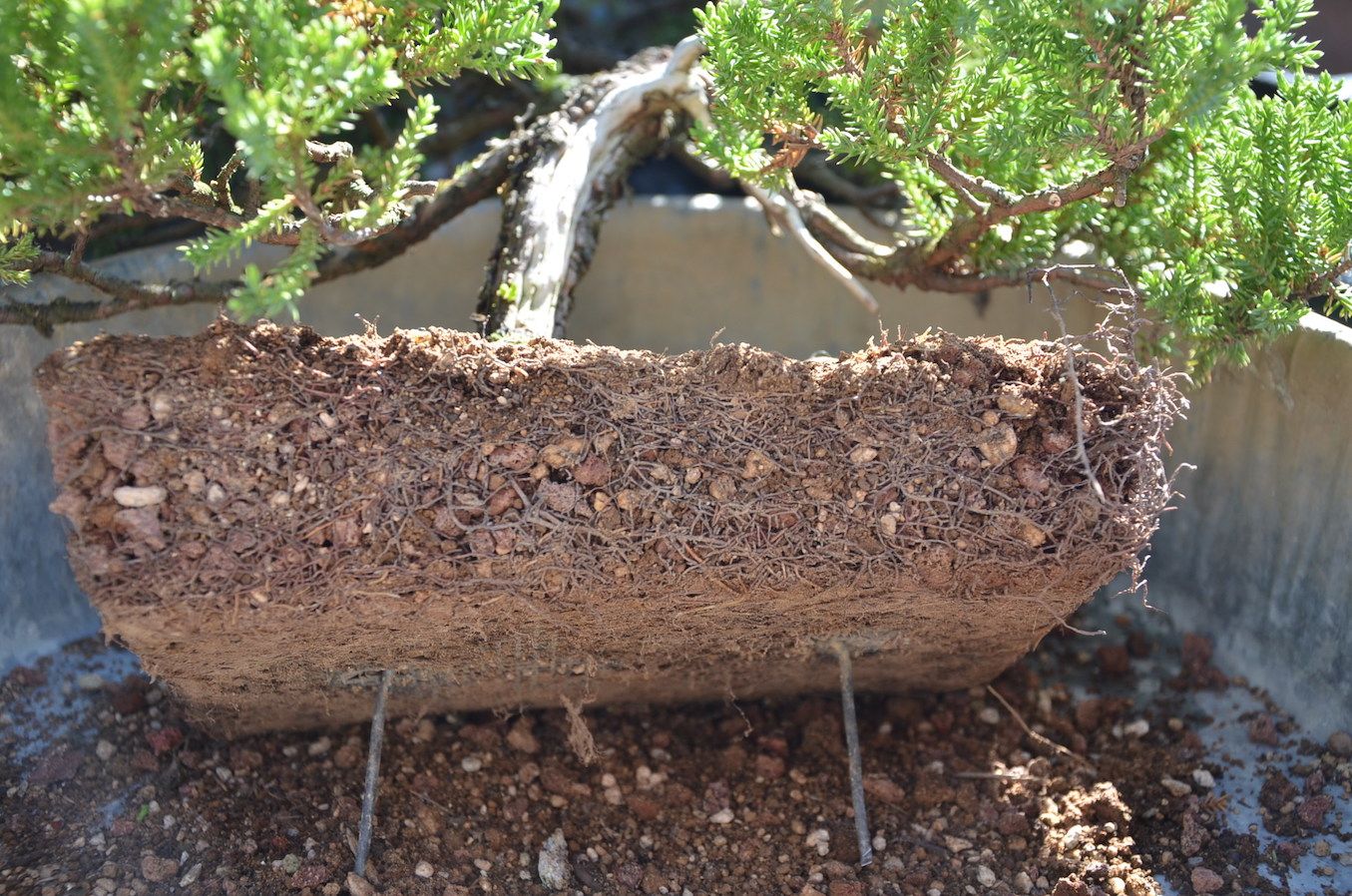 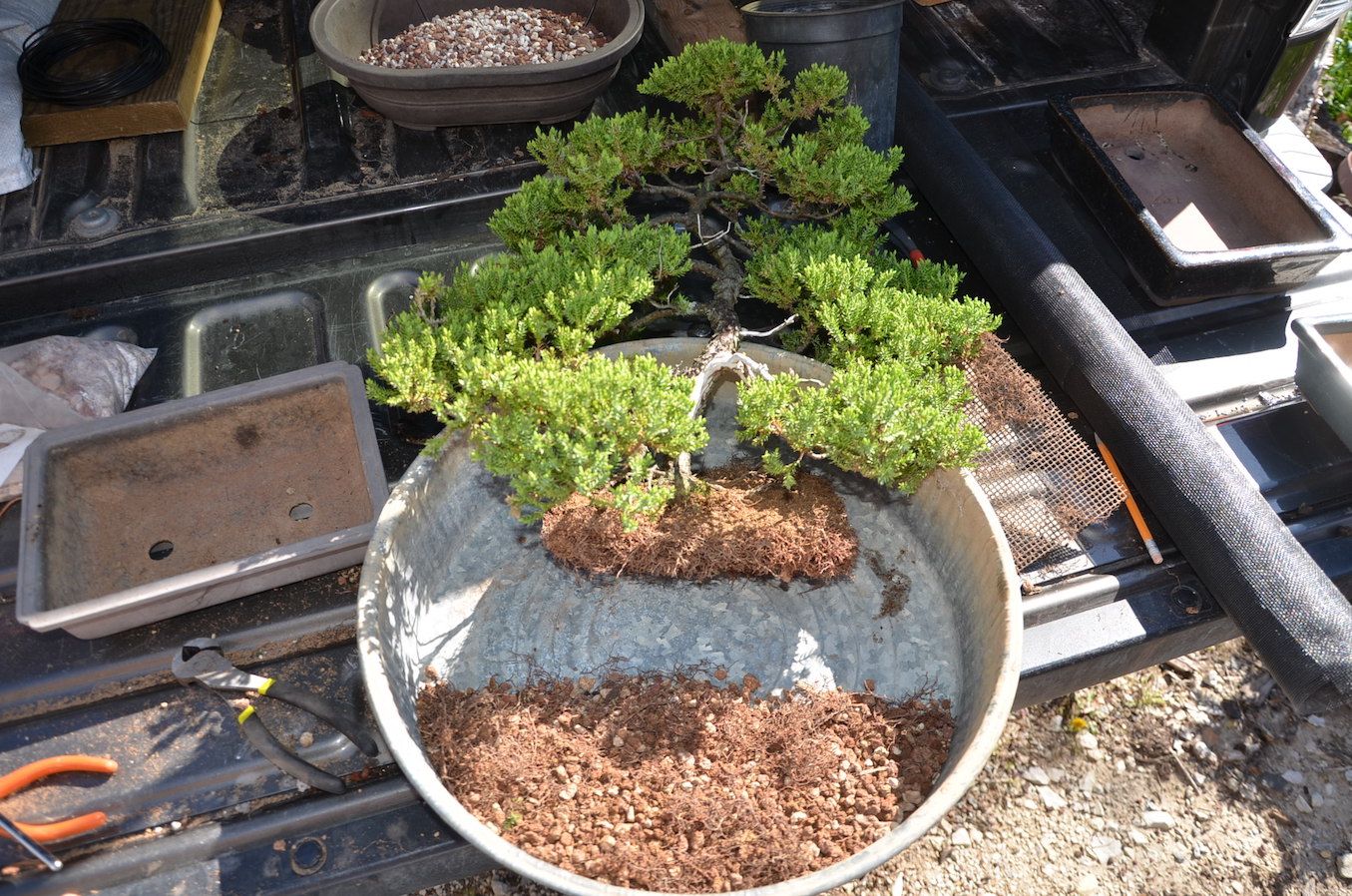 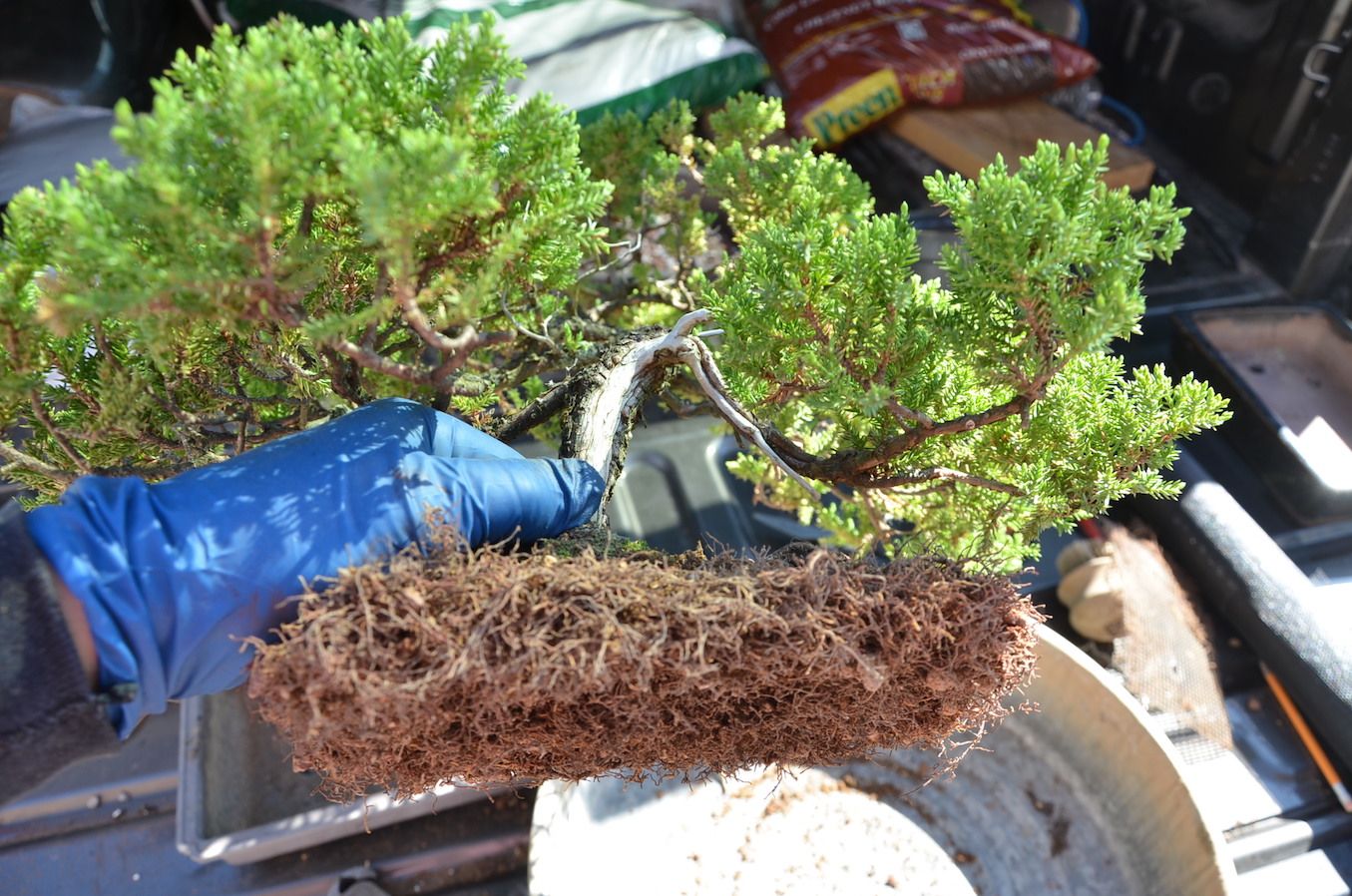 While it was not root bound it was in need of more O2. Hopefully the remaining soil mat was disturbed enough
after removing 1/3 to 1/2 of the soil, and enough new soil worked in between the roots with some assistance from
the tweezers and chop stick. 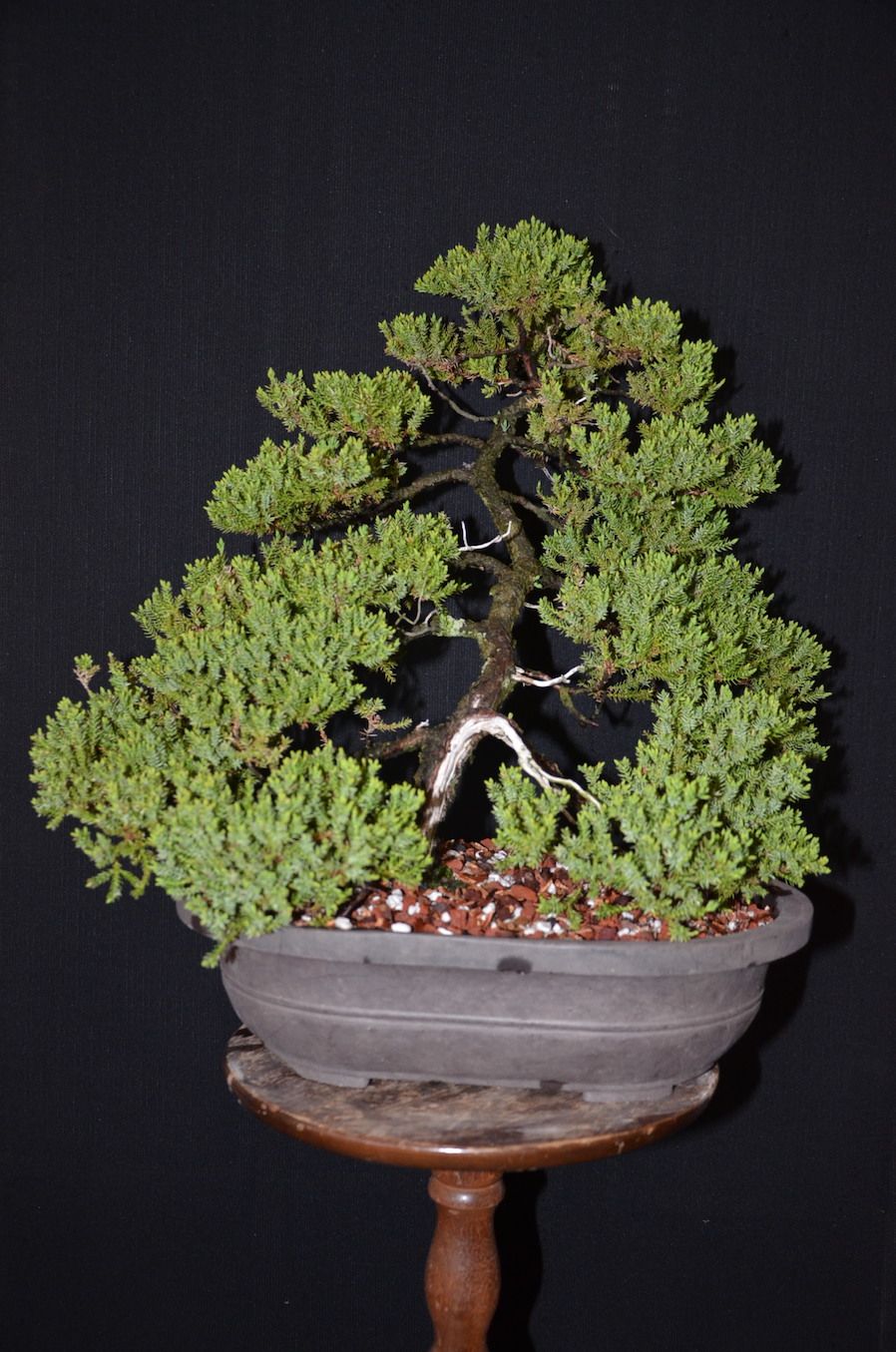 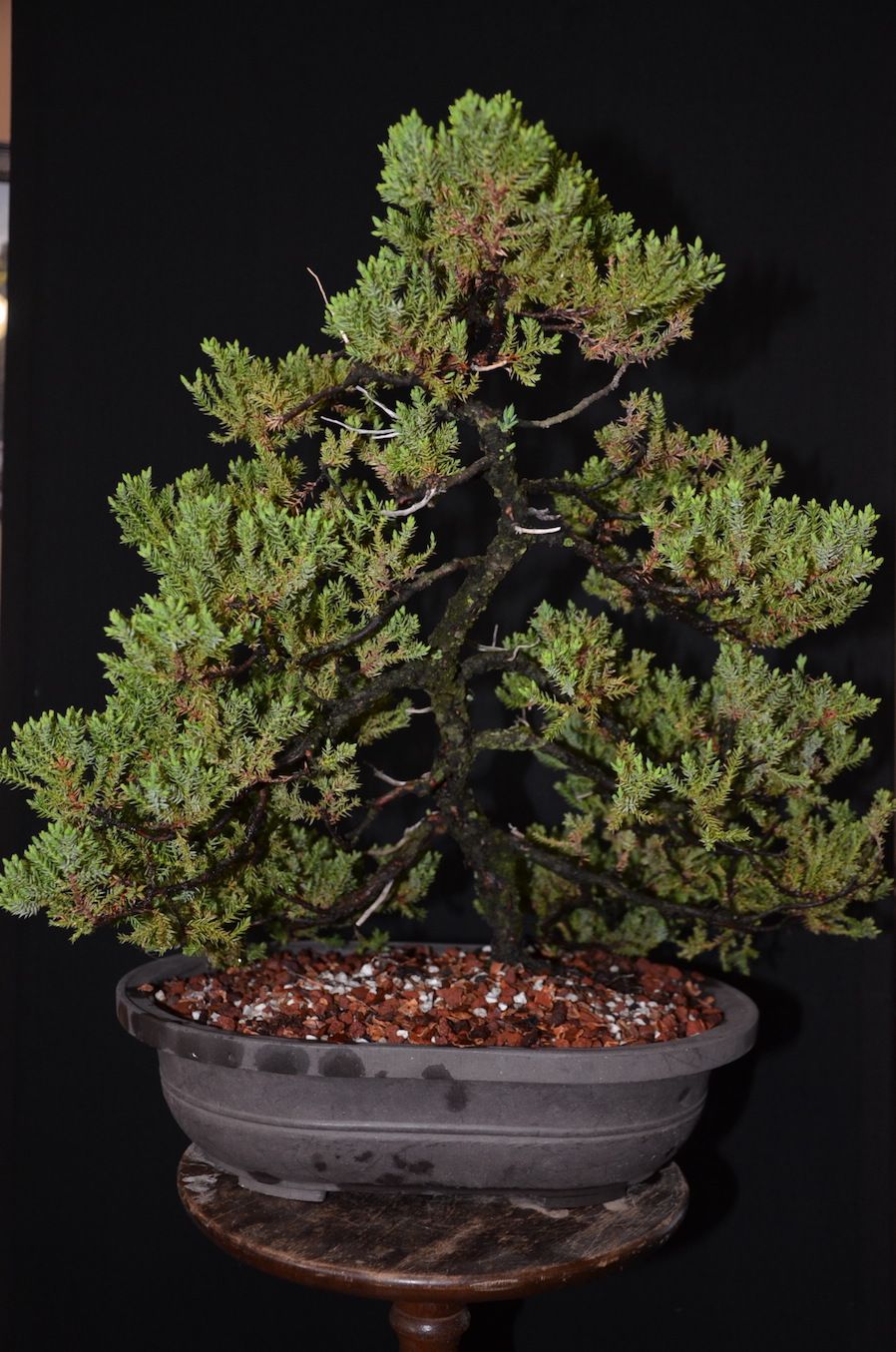 It looked surprisingly big until I saw your hand.

JosephCooper said:
It looked surprisingly big until I saw your hand.
Click to expand...

Then I have served this gem well, and it me. Thank you!

Pulled No.2 from cold storage in the bonsai cave a couple weeks ago and saw where I had
at some point either watering, or getting my gob stompin feet delicately placed between the pots in mulch
to water other trees along the back wall, broke the main feature. I had to do the same to remove a couple trees
to do a little Winter work and check for damage from moles or the like. Only my own self inflicted damage unless
perhaps a varmint or local dog or cat stepped on the jin. That is highly possible.

Don't know how long I'll be able to keep applying this bandaid, already had a mishap just getting my hand in there for the pic.
It did come out from the relatively dark cave in quite good health nonetheless. Should I give up on the gluing eventually
I may consider drilling a hole slanted where the stub is and pocket the jinned branch back shorter, but into the tree.
You must log in or register to reply here.
Share:
Facebook Twitter Reddit Pinterest Tumblr WhatsApp Email Link