Satsuki azalea cultivar - I need a little help from my friends

Besides a Osakasuki , a Kurume Hino Crimson and a Kinsai, I have this little Satsuki but couldn't identify the cultivar's name.
If anyone has a clue I would be grateful. 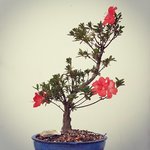 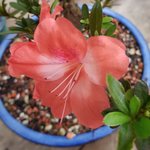 Leo in N E Illinois said:
Sure is pretty.
Click to expand...

Yeah...
But pretty what, exactly??

But I have before seen pictures of flowers that look like 'Yata no Kagami' but that have a purple blotch. Usually, those are solid reds. Often the Yata no Kagami pictures you see are of plants or branches that have a lot of the tamafu appearing.

But because this is one of the most common varieties, I suspect it is correct and that there might be some variation. All Yata no Kagami go back to an original seedling a long time ago. And from that, all others were asexually propagated. Or it could be that different camera's display the shade of the blotch very different.

I think it is probably a form of R.indicum and popular because of the small leaves and the autumn colour on the leaves.

Harunobu said:
Reminds me of 'Yata no Kagami', especially the flower shape. But the thing I am not sure about is the purple shade of the blotch compared to the red of the petal.
Click to expand...

First of all, thank you very much.
Don't be fooled by the apparent purple blotch, it's not quite the exact color in person. More like a deep pink.

Harunobu said:
But because this is one of the most common varieties, I suspect it is correct and that there might be some variation. All Yata no Kagami go back to an original seedling a long time ago.
Click to expand...

I believe you are right, I purchased it from a Japanese bonsai nursery owner and he said it was a very common Satsuki.

Harunobu said:
I think it is probably a form of R.indicum and popular because of the small leaves and the autumn colour on the leaves.
Click to expand...

Yes. Very small leaves that turn reddish in the Fall, small flowers in clusters of two, very delicate petals.
Thank you very much for your help, @Harunobu

It is definitely pretty. However, there are literally thousands of varieties of satsuki
and, given that a plant can take on exclusively one trait or another by where the
cutting was taken on the plant, good luck finding out which one it is.
Where did you get it from? Could they not tell which it was? I saw a photo similar to
it not too long ago of that I am sure. But given that I have been to like literally a hundred
or more sites in the past month or so I can't tell you which or where. IF I happen to
trip across it again I will let you know.

armetisius said:
It is definitely pretty....IF I happen to
trip across it again I will let you know.
Click to expand...

Thank you @armetisius , please do so.
But by now I think @Harunobu may have nailed it. Yes, as soon as I have the chance I will ask the nursery owner to confirm it, thank you.

Yes, there are many varieties. But most of them are not common at all. And there is not an obscure one in my dictionary that looks like this one/Yata no Kagami.
Note how little the petals overlap and how they extend and curve slightly backwards (when fully opened). Not many satsuki azaleas have that trait. 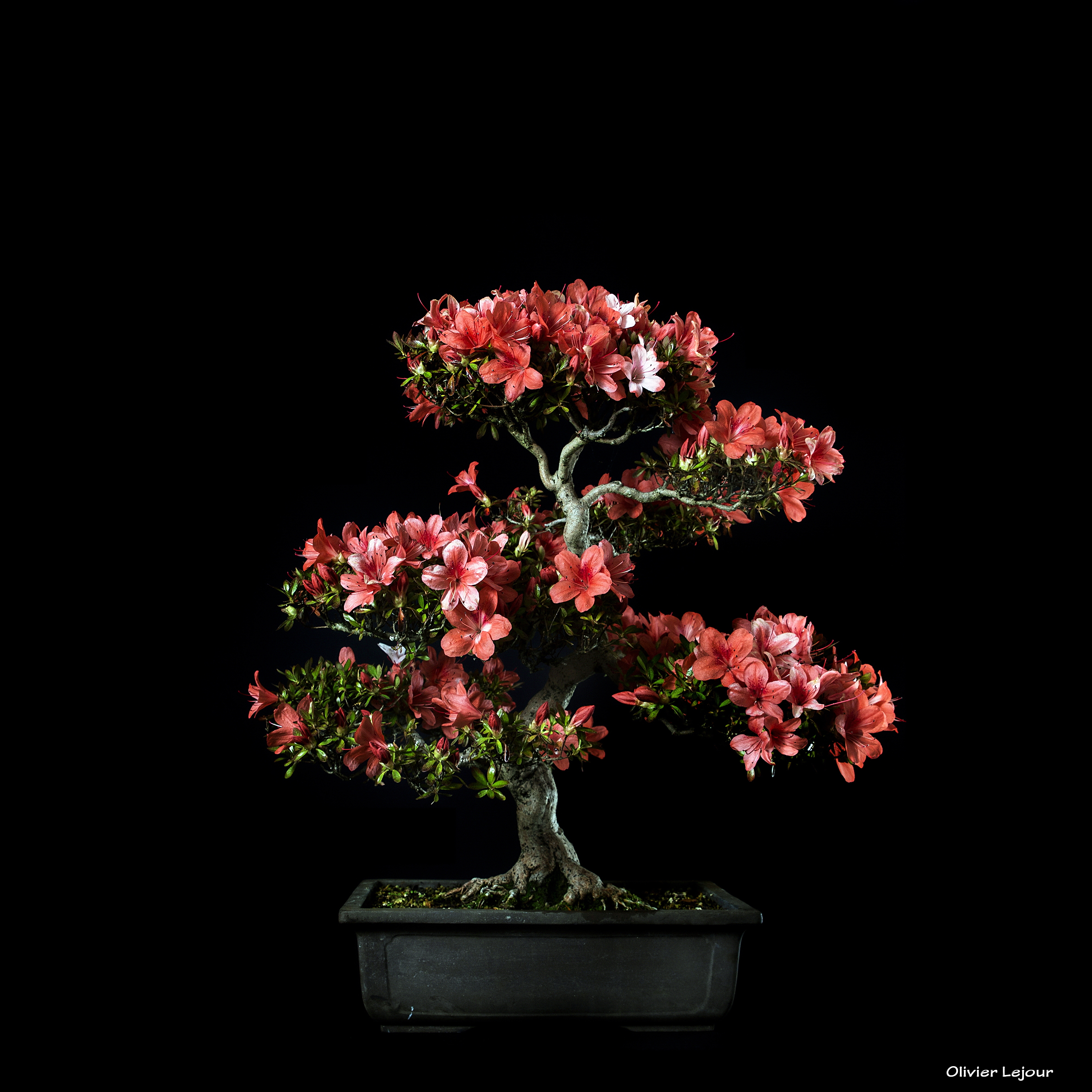 Following the link above, one of the pictures remind me the flowers on mine.

Yup, exactly. Some Yata no Kagami stay mostly red, others make the centers of the petals white, and then others again turn the center of the flower white, like yours. So when I look at a picture where the blotch looks red and the petal centers are white, like the one on Satsukimania:

I would conclude it is not Yata no Kagami. But if I look at that picture, it is basically the same as yours.

I think 'Yata no Kagami' may very well be correct. Good guess.

In this fifth month the Satsuki decided to bloom again.
First flowers today! 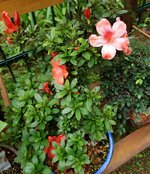 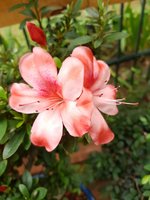 Nice looking plant, and more evidence that it is Yata no Kagami, with the white shaded flower. The plant looks really healthy, green, and bushy. And the shade of red of the other flowers pop nicely in the picture.
Is this plant on track to be a bonsai someday?

[edit] Oh, I looked back at the picture in the first post and got my answer.

Harunobu said:
Nice looking plant, and more evidence that it is Yata no Kagami, with the white shaded flower.
Click to expand...

Thanks for your kind words and for the identification of the cultivar, Yata no Kagami.
I am really happy with this azalea, and it will be pruned after flowering to regain its bonsai shape. Health first!