Hi everyone, Ive had this for a bit more than a year now, Its never realy had a destination, although Id like the foliage to be more dense, and for a bit more thickness on the "trunk", necause at the moment i dont really see any thing in there . . . .It was a cute bushy flame shape bout 9cm high when I bought it for like R5- One dollar is R6,80
Anything is welcome, tips/advice will be appreciated.

P.S. Its always been that funny light-green colour

Sorry bout the pics being sideways-forgot to edit them

Here, I'll fix that for you.

No offense, but I'm sure that most of us here will agree with me, this is way too far from even calling it a Shohin. It may be just a few years old (i don't think more than 3) and you will never get anything better in that ceramic pot.

Also your soil seems very compact more like mud of similar, can't really tell from the pictures, but I doubt its on the right conditions.

The light green foliage may be due to several reasons, one of them being a lack of nutrients or that compact soil staying wet too long (maybe).

My advice: Don't waste your time on this little guy.

If money permits, go to your closest local nursery (preferably a Bonsai Nursery) and get some stock material in a 5 gallon container. The price may range from $25~45. Look for Juniper Procumbens, this is a very forgiven tree that you may be able to work on it on any time of the year, at least I'm able here in Southern California.

Get help from local Bonsai Clubs, their help its invaluable, if there's no local clubs near you, get some good books and read a lot.

I wish you the best luck !

go check out the Forests,Saikei catagory on the forum page and see what others are doing with simillar material. This tree, combined with some others would make a good Saikei... the nice thing about doing one of these plantings as well, is that you can allow the tree to continue to grow, and remain healthy... without having to shape it as much.

My advice: Don't waste your time on this little guy.
Click to expand...

You are totally right on that jkl, but how long it will take for him to get to a point like on your virtual? even with a decent trunk size, I mean, my #2B pencil seems thicker than this tree, (I really mean no offense here whatsoever) but I've seen people that get out of the hobby because they spent some time on a tiny little juni and hope to see nice results fast (at least that almost happen to me) and I'm glad that I listen to some of you guys and I stopped buying this kind of material. Perhaps your design will work just if they tree was a little more mature, I think.

The pot does have drainage holes in the bottom, right?

Quote:
Originally Posted by jkl View Post
Oh, now, now, now . . . don't be so hasty. My thoughts gravitate to the tiny bonsai, and I think he's got one here:
Alonsou wote in response: You are totally right on that jkl, but how long it will take for him to get to a point like on your virtual?
Click to expand...

How long ???? About 5 minutes. That little tree is right there in front of him.

sorry, personally don't really see any point to trimming this tree to the size of a nickel, just because...
Unless one wants a tree this size??? 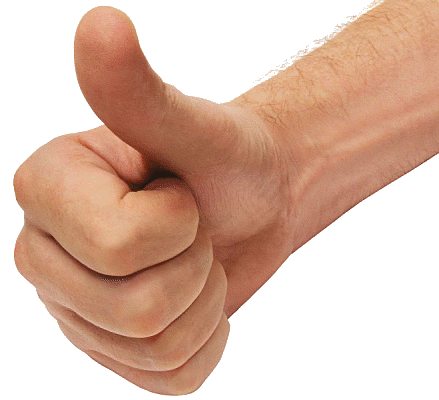 This is not a shohin bonsai, this is a little stick with foliage.

Hahahhahaha... gold star for you, for making me laugh.

As to the young juniper, some ground growing time would increase options, it was a bit previous for someone to put it in a pot. But it's a common error, so nothing to be alarmed by. Junipers also respond rediculously well to very heavy feeding... like even daily in small doses... if you'd like to prompt it along. So do what we all do... feed, love, and care for it... and get more trees to go along with it that may be a bit further along.

You wouldn't believe how fugly my first tree is. I keep it to keep me humble. It's a fright. And even after years... it still is a rediculous excuse for a bonsai... because you can't make a silk purse out of a sows ear. lol

Whoa! Firstly, Ive only begun to look at this tree because with me living away from home for university, I wasnt home to move my trees when the Frost came in, and subseqently its all I have left bcoz I moved it with me. 2ndly, bout the soil, I just really didnt care at the time, and quite frankly I secretly hoped It would die cos I bought it because it was almost free and cute,and only later realised that for the best idea of a saikei, I shouldve bought a few more.

And then, the foliage really should be that light green-gold colour, its fine. Ill post some new pics once I get to a computer, I took it to my club meeting last night, and trimmed it way back as well as repotting it.As for all the hints on it being fugly, hopeless, and ridiculous- I know this one probably is , but was it really wasnt called for to say so. . .

Your juniper isn't fugly... it's just young. Too young to be talking about it's future as a bonsai really, which is why I said it needs some ground time. Clearly that is not possible for you at the moment, being in university. Nice thing about bonsai is the stasis it induces. Which means when you get done with university, should you chose to keep it alive, it'll still look much the same as now, and you'll be able to give it some ground time then. One can increase the amount of foliage relatively easily in pot culture, but trunk size is another matter. It changes only a little over the course of years generally. In your years at university, you might double the trunk you have... but in the ground you'd have a exponential increase you could never achieve in a pot in the same time.

I would not, for the world, wish to offend or discourage you. So I do want to clarify that I said my first tree is fugly.... and it is. But there was not one bit of intended inference that your juniper is fugly. In fact, my comment was only meant to be an encouragment... and lighten the mood. Having failed utterly, I apologize most humbly.

on that note...
The sticks in the pot, wow Home Depot had a new batch that were so SMALL, I'm talking 3-4 inches tall, I could not believe it. Anyone else notice the new low in sticks?
You must log in or register to reply here.