This privet was dug at my dads house. He has about five acres of just this weed growing all wild. I haven't had the chance to look at it all but this one was growing by his house and I spotted it and potted it...

My dad has hacked this little tree back every year since I lived there as a young teen. I remember it growing there but I wasn't into plants or bonsai yet for that matter. But it has done some good for this short stout tree!

This guy was growing under an oak and the roots grew on top of the almost impenetrable root mass. This yielded a great root ball with alot of fine feeders!

So, this is the picture of the tree in spring after I collected it early early spring. I don't have the right after digging picture because the wife sold the computer it was on. But this picture was taken probably a month after maybe three weeks.. 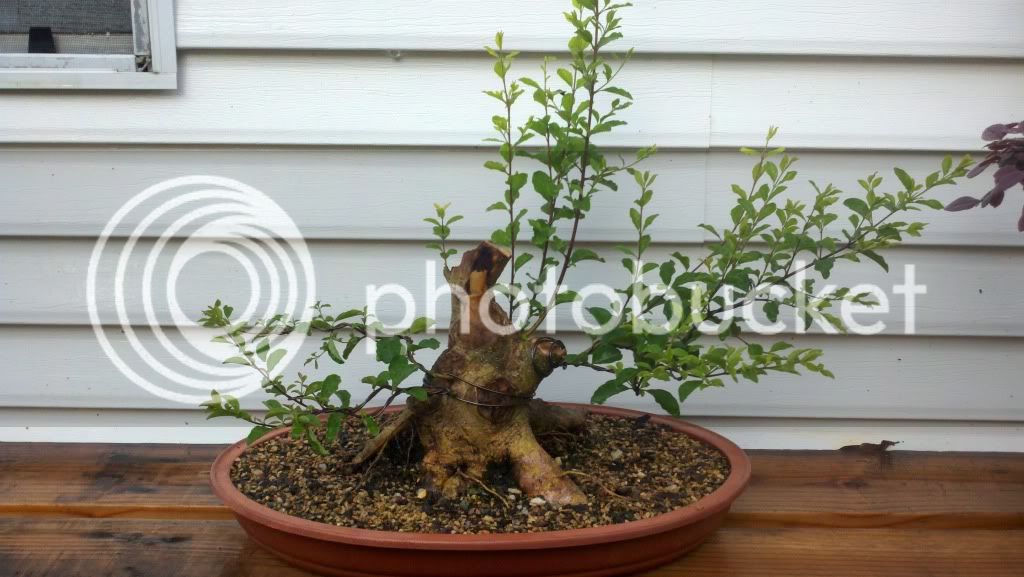 This next picture is after another few weeks and a bit more wiring. 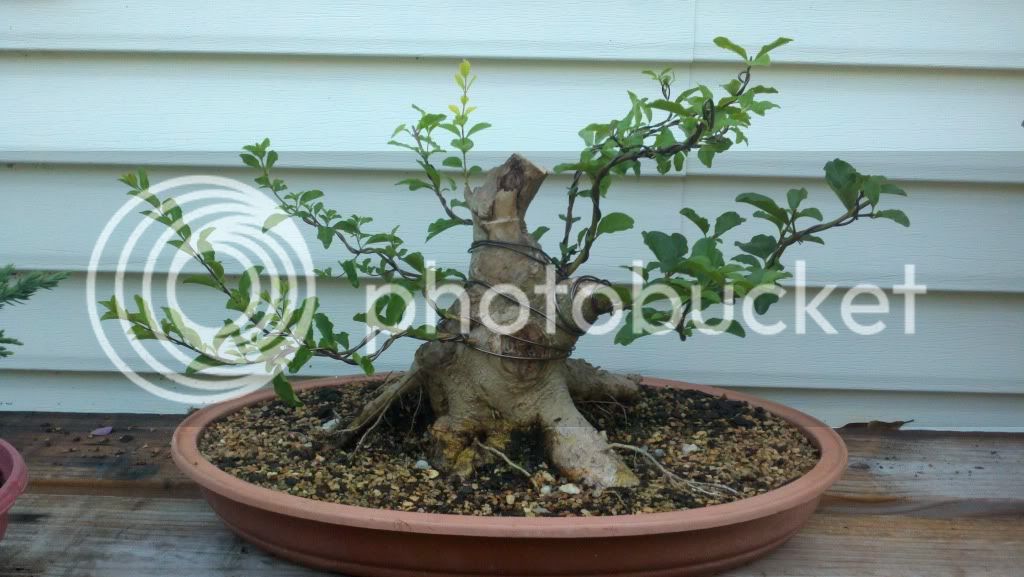 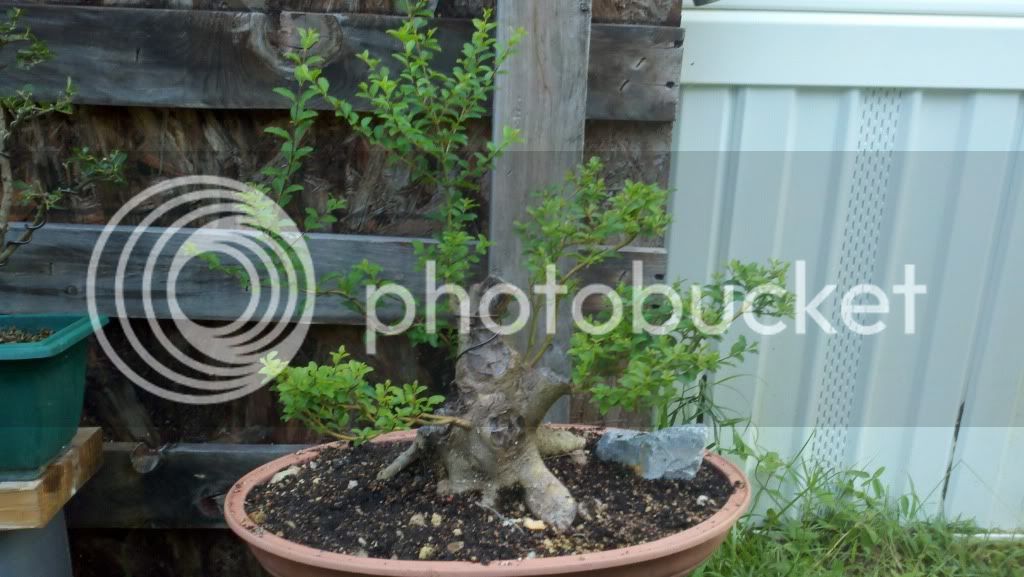 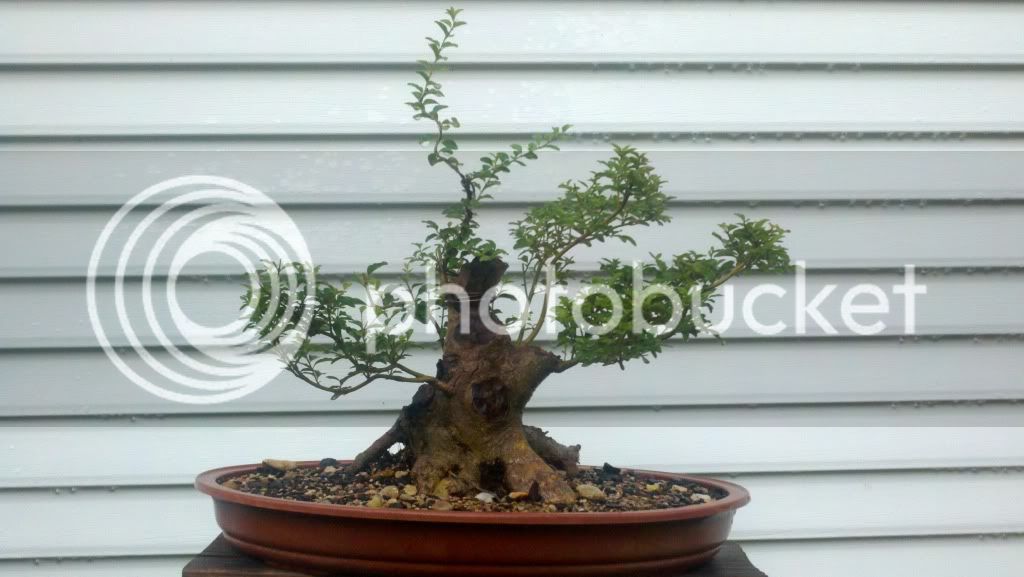 I still have to guy wire the lowest right branch down a little and still have to grow the apex but I think for being collected this year it is doing great!
Thanks

Don't concentrate on wiring these guys. The branches have a "forever" memory and will mostly spring back where they were -- even if you leave the wires to cut into the branch. Clip and grow is the way to go with these.

alrighty thanks for the tips!

organized a little better...plan on partially defoliating it in the winter.....if i dont get anxious.... 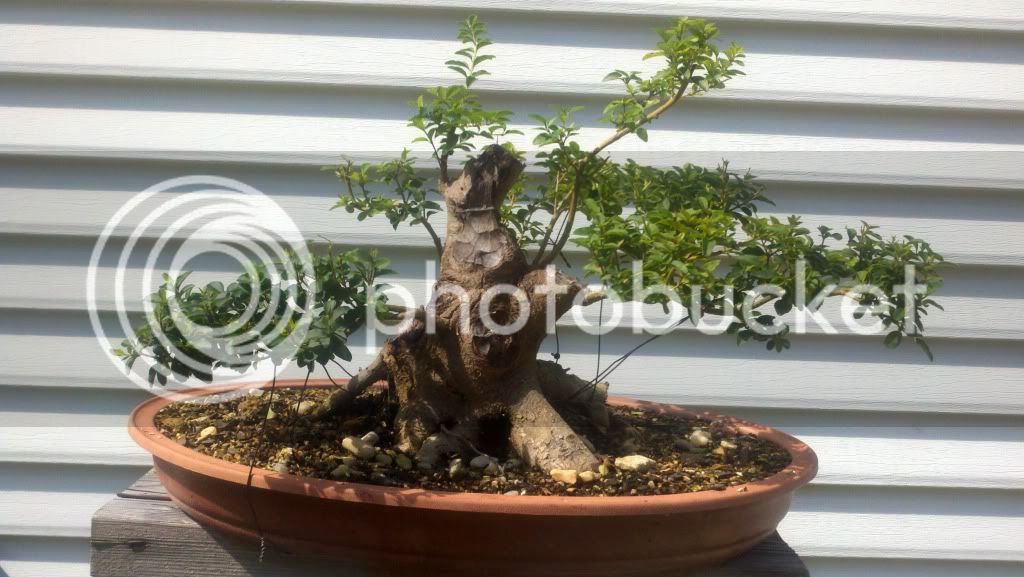 Haven't grown in Fla., or done much with privet, but may I suggest before you srtip it in the winter, check with someone local and see if this is ok, normally(north and trees I know) I wouldn't consider defoliating in the winter.

Stacy where are you???

i am positive this will be fine. im only taking off the largest of leaves. It is a weed that grows wild in this area. They continue to grow through out the winter kinda like boxwoods here......but i wont completely defoliate it until im sure its up for it.
M

Nice little privet we don't have any around here. I love watching Graham Potter working on privet, he takes a nothing weed and turns it into cool bonsai.

will, I personally would not defoilate, or wire a newly collected tree. I think you need to look at the long haul with this tree. I wouldn't even worry about making a bonsai out of it yet, I would just let it grow for the next couple of years, with only a very rough trim once in the middle of summer. This will allow it to not only grow very strong, but will also allow it to put out all kinds of new branches, giving you many options from which to choose from.

Speaking of Graham Potter, Dave is correct you should check out some of his video's on you-tube. He usually waits many years on his collected plants, before he begins his first styling.

Well....its already been wired a few times...and yes I have seen all of mr. Potters videos... amazing! But thank you for the advice!
You must log in or register to reply here.