Hmmm could've sworn I shared this one with you all, but guess not. This fat guy was given to me from a good friend for a birthday present April 19th. So far it's grown like a weed under my care. I haven't really decided on which branches to keep though, having a difficult time with that. I did trim it up some today though:

But here it is after cutting it back some and removing some branches that grew toward the viewer (btw, that is an aerial root coming at the camera): 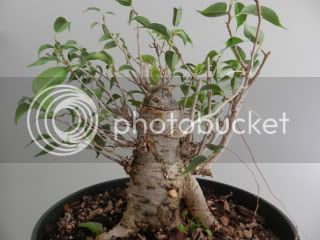 I had to uproot it from the aquarium : 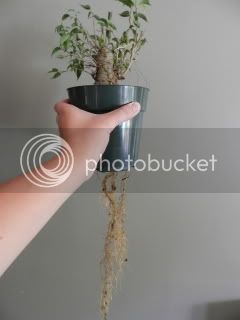 The carnage, which I plan on using to cover that gap, once these root: 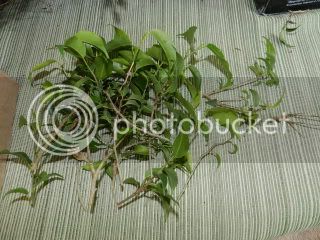 Some leaves started returning back to normal size: 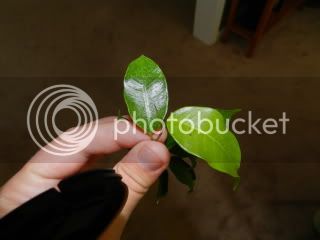 And the normal 'Kiki' size: 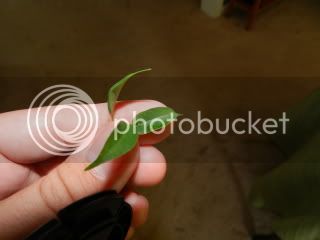 Oh Jerry, I didn't know you were a member of this site! Interesting. Anyway, I flipped the tree around, like Jerry advised, and made the old back the current front. Here it is after some thinning and the selection of a new leader: 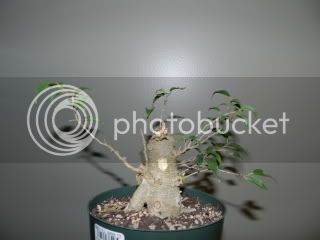 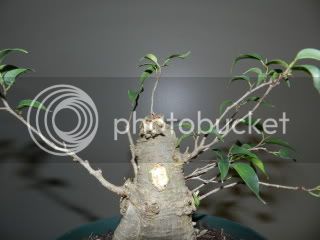 Update: This thing has grown like a weed over the past few months. I'm considering a big change in it, however. Here it is now: 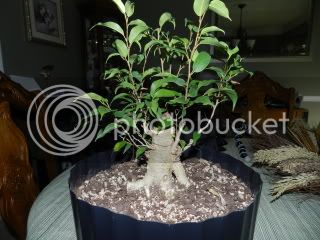 Here is what I'm thinking of doing with it. I would tilt the tree to the left and make a branch on the right the new leader, dramatically increasing taper and movement. Anyone have any input on this? 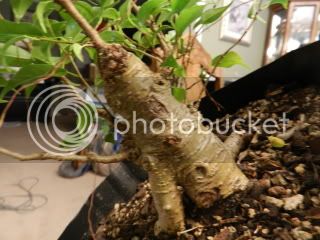 So, here is how the tree would look:

Still haven't made an exact decision, but am thinking about styling it like my attached virted picture below...

it looks like it has a face on it in that first picture
You must log in or register to reply here.