Which Mosses can grow in Southern California, 10b

I live in south OC in SoCal, about 8-10miles inland from the coast/beach, very hilly city, zone 10b.
The yard in particular, gets mostly full sun with no big shade trees. Only shade is in the side-yards or north-facing block-walls.
It's pretty dry here (esp with the occasional Santa Ana wind storms). Not uncommon to average about teens-20s% humidity in summer or during Santa Ana winds (sometimes to single digit %s).
But, fall/winter/spring is better with normal humidity in the 50s-80s%.
Summers usually hover around low-high 80s F, with frequent 90s F on occasion and very seldom rare +100s F.

I've always heard moss can't grow in SoCal 10b; so, I've never tried using/planting it before. But, I was just thinking about it today... so wanted to really know if there are any varieties of Moss that can actually grow in dry, hot, SoCal 10b? Sun-tolerant ones would be very versatile too (if they even exist?)

What I'm trying to do:
Make little hills/undulations and islands around the garden, covered in moss. Like the moss covered small hills/islands used in Japanese gardens. (I know I know... Japan is a much much different and moister climate).

I know some Japanese gardeners here in LA/SoCal sometimes use dwarf-mondo-grass for a similar "carpeting" effect ( still not the same as moss tho). But, really wondering if there's a moss out there that can work in SoCal.

I also live in 10b, further up the coast from you and asked this question a while back. I have not seen anything that looks like it would be useful for bonsai. I'm sure it exists, but it's not easy to find that I know of. I have not found any on my property or nearby.

The best bet, besides going to local nurseries, is probably to try to find either a wetland/swamp area like in Marina Del Rey or in a canyon that has water year-round (???). Also, it might be easier in winter after some rain and the hills turn green.

エドガー said:
I live in south OC
Click to expand... 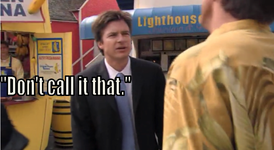 エドガー said:
know if there are any varieties of Moss that can actually grow in dry, hot, SoCal 10b? Sun-tolerant ones would be very versatile too
Click to expand...

Have you found any moss in your neighborhood, parks or green spaces? The only moss I’ve seen in coastal SoCal is in heavily shaded areas or wet springs. But there are several alternatives that might give you a similar effect. Probably stocked at local nursery.

I live in the Mojave Desert and there is moss out here. I found it in the hills of Hesperia growing on the ground. You just have to know where to look for it.

If you can find any area that has a spring, river, or any flowing water you'll find tons of it there. Car washes, where the AC unit drips outside of your home (or someone elses), parks or places with grass that gets watered regularly, it really is everywhere but difficult to notice if you're not looking for it.
You must log in or register to reply here.