hello, this yew was growing in my garden, and it had a good nebari so i decided to transform it into a Bonsai. 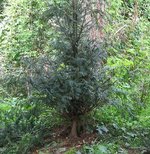 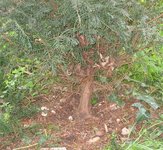 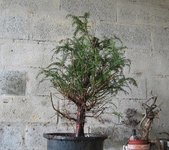 A year after, i replanted it in the ground, to make it get bigger in the trunk.
In 2014 it didn't grow very much, as you can see (9 years after collecting) because of a lack of care. The weak point was the lack of movement & tapper in the trunk, so i decided to make jins and a shari on a side of the trunk (to make it more interesting) -> 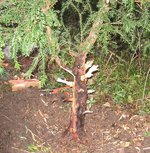 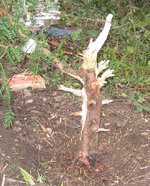 By chance, a slight movement of the trunk is appearing, because the live vein developps and makes a curve (2016) -> 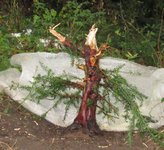 In 2017 i replanted it in another garden, in Britany, with better soil and with the hope it will grow & thicken much more -> 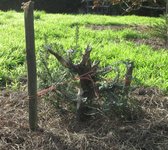 1 year later, the tree is happy in its new location : as you can see, the foliage is more thick and plump. The base is still growing and enlarging -> 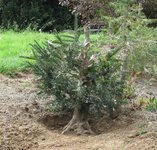 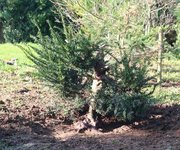 The seaside weather gives the shari and deadwood a better patina -> 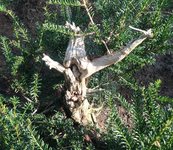 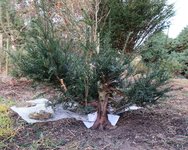 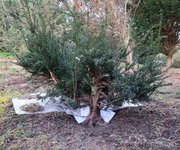 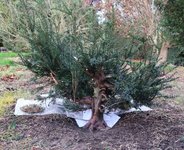 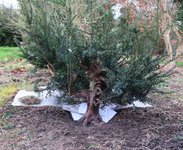 Some possible shapes for the future (virtuals), but i want it to grow more in the future (in the ground) so it will probably change -> 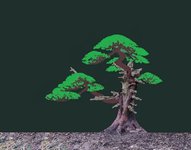 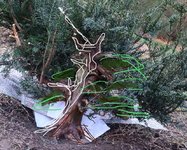 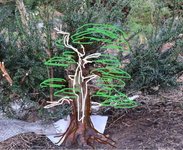 That nebari is looking great!

What a beast! Nice

This is a winner!!

Yew can grow some massive roots, so be sure to put a shovel in the ground around this to keep the roots compact.
Great looking trunk. Best of all, you don't have to water it every day!
CW

Thx for the nice com'

Colorado said:
That nebari is looking great!
Click to expand...

CWTurner said:
Yew can grow some massive roots, so be sure to put a shovel in the ground around this to keep the roots compact.
Great looking trunk. Best of all, you don't have to water it every day!
CW
Click to expand...

I cut the only root that was growing down when i put it in the ground 3 years ago.. Not 100% sure, but I think that the main roots remaining are the big lateral roots you can see on the nebari. I'll let it grow for more years like this because my priority is to let the trunk get thicker. The nebari is already nice imo. I don't think it will become ugly ? hope not.. But yes, in a few years, i'll cut around the rootball.

My father water it a few times during summer when i ask him.. but the rest of the time, it grows with no particular care. Brittany's weather is temperate, rainy and with good sunlight (between the showers). The soil is very rich too. So the trees here grow very fast in comparison with the original place in Normandy.
Last edited: Nov 26, 2020
You must log in or register to reply here.