How to prep maple branch for air layer?

A maple tree at my parent's house has a crossing branch that needs to be removed. They agreed to hold off to let me take an air layer next year. It seems to be a regular green maple. Not the best for bonsai, but it's got a decent thick trunk and some promising primary branches and I could use the practice anyways, so why not. It's 1 3/4" diameter five inches below the first branch, which is where I would plan to make the initial air layer cut. I would plan on eventually chopping 6-8" above the trunk bend.

With all that in mind, is there any pruning or any preparation I need to make now or in the upcoming time before I apply the air layer next spring? Don't wanna miss out on any important "seasonal windows" in the mean time. 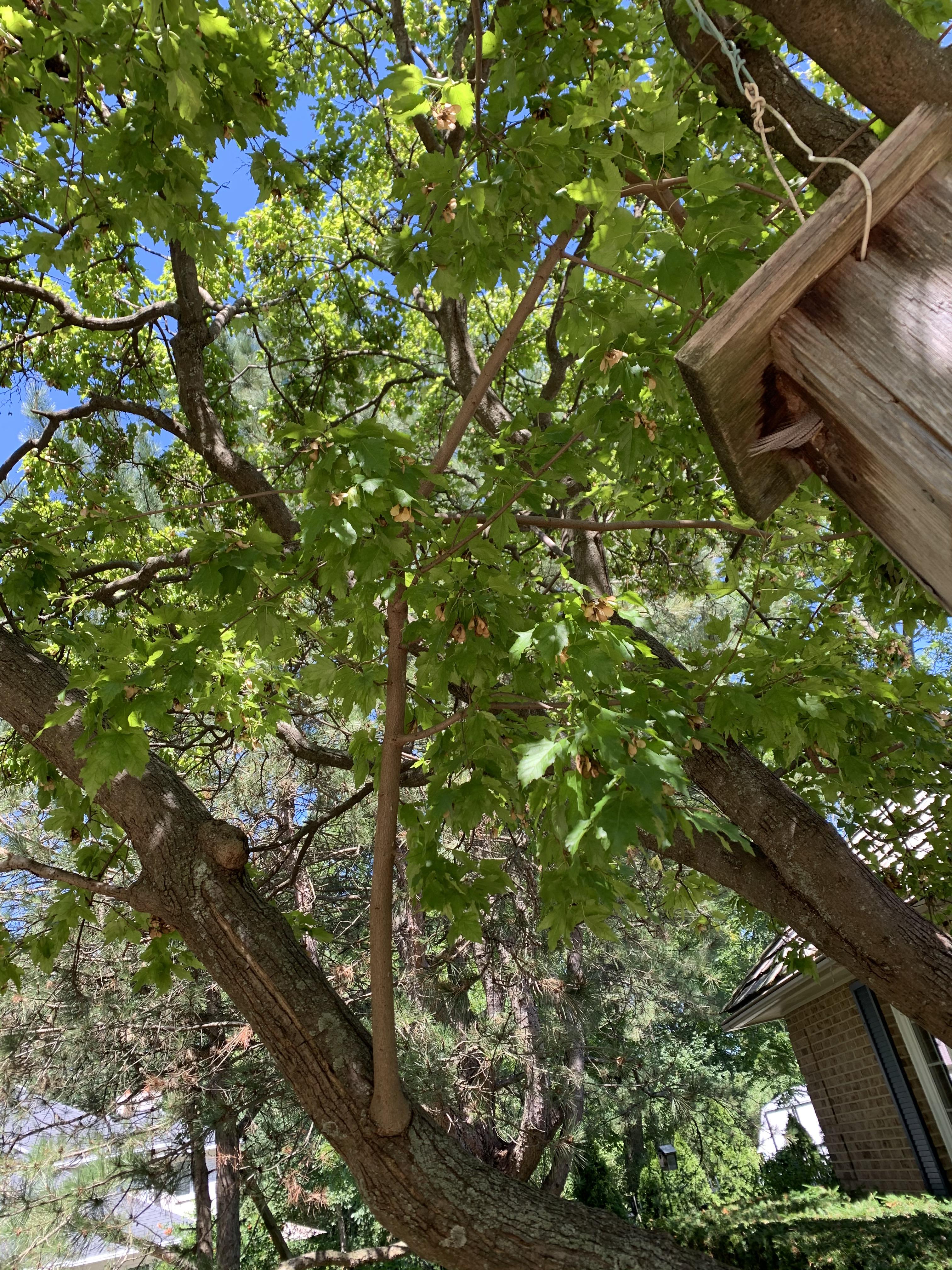 Confirm what type of maple it is then verify if it can be propagated by cuttings and air layerings.

I think easier practice could be had at ground level.

Pitoon said:
Confirm what type of maple it is then verify if it can be propagated by cuttings and air layerings.
Click to expand...

Hmm .. is there that much inter-varietal variation amongst the propogation ability of maples? I'll snap a picture of the leaves and any other helpful info next time


sorce said:
I think easier practice could be had at ground level.

It's not high up, easily reachable with a 6-foot ladder. I live in an apartment and so do all of my friends so not many other opportunities like this

I see more Japanese Maple trees I want to propagate at apartments!

I been watching a lot of chainsaw fail videos lately, so it IS on my mind, the dangers of just a 6ft ladder!

All the same, unless you are clamoring up for something more interesting, I'd pass, or hell, cut it off flush at the base and just try to root that!

For me, it is beyond three strikes...
Boring, difficult, from a watersprouty shoot on a Maple of similar poor growth habits.

I'd climb up cuz at 6ft you break your neck and at 15ft you could do a full flip back to your feet before landing, and find something worth being up there for.

As much as I believe in Practicing on anything, this falls out of that usefulness zone for me, plus them J Maple's! Hell, there are a lot of J maples that are in poor positions that could probably be completely dug if you knock on the right doors.

Sorce
You must log in or register to reply here.