Picked up this small Taxus x media 'Dark Green Pyramidalis' Yew at a nursery today for cheap. It has around a 2 inch trunk and seems very healthy. I read somewhere that the correct time to repot yews would be when the buds are extending, so about now. I was wondering if I could also do root work on this one now as well. I know major pruning doesn't occur until fall, but could I prune some of the smaller branches away? I was studying pictures of Yew bonsai and found the one Victrina Ridgeway has done:

I love that one and I plan to eventually shape mine in that direction. Here is mine: 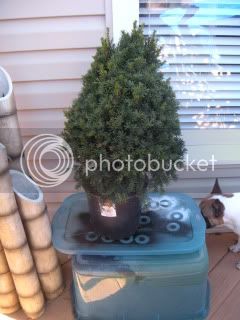 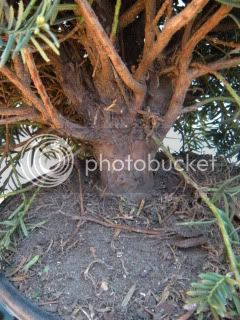 So, any tips from yew guys?
You must log in or register to reply here.

T
Serissa heavy wiring, all leafs turn dark and droppy. Is it going to go dead or?