I got this pot in a trade that had a nice little RMJ in it. The tree has since moved on and I kept the pot. The guy I got it from says it was a very expensive pot from Europe. I can't remember who he said who made it, the name escapes me at the moment. Either way, the signature doesn't look like the name I was told. 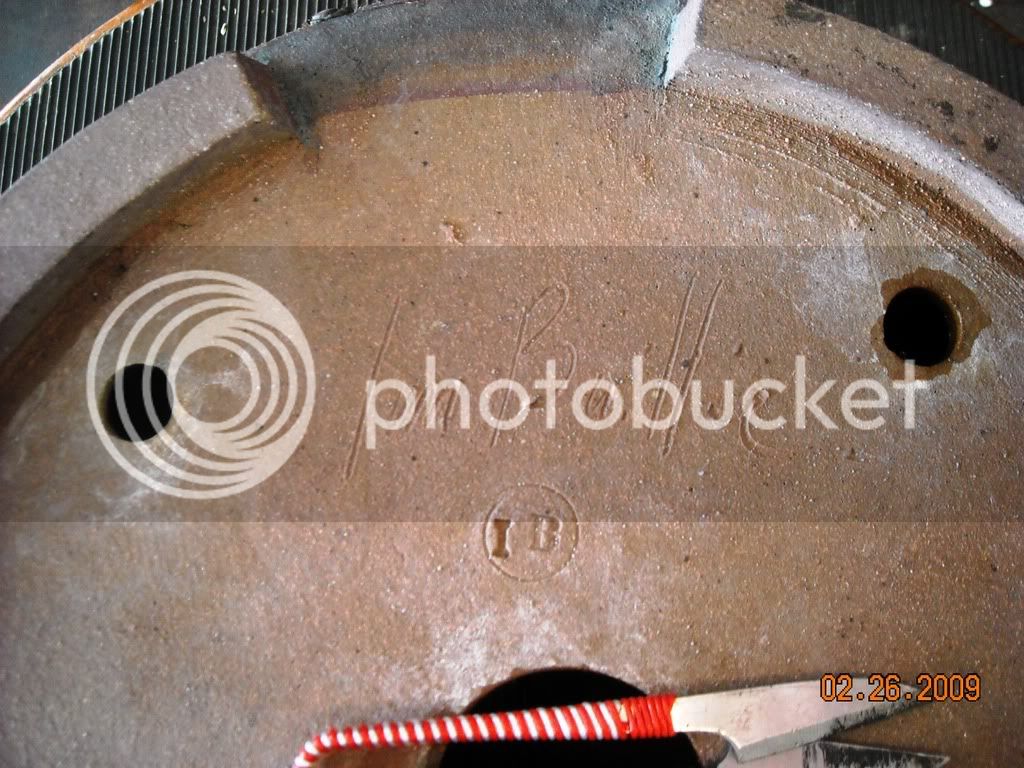 Thanks for the help!

Ian Baillie of "Pots by Baillie"

No website that I could find, but pretty broad references to him in the UK bonsai pottery scene.

Excellent detective work Greg! Thanks for the help. The pot itself is of excellent quality and is very nice. One of the nicer pots that I have, right up there with Tokoname...

Could you show a side/profile pic of this pot?

For Boondock and Reddog

As requested here are more photos of the pot. Hope this helps you guys! It is a nice pot and I am very happy to have it sitting on my shelve.....need a tree for it! 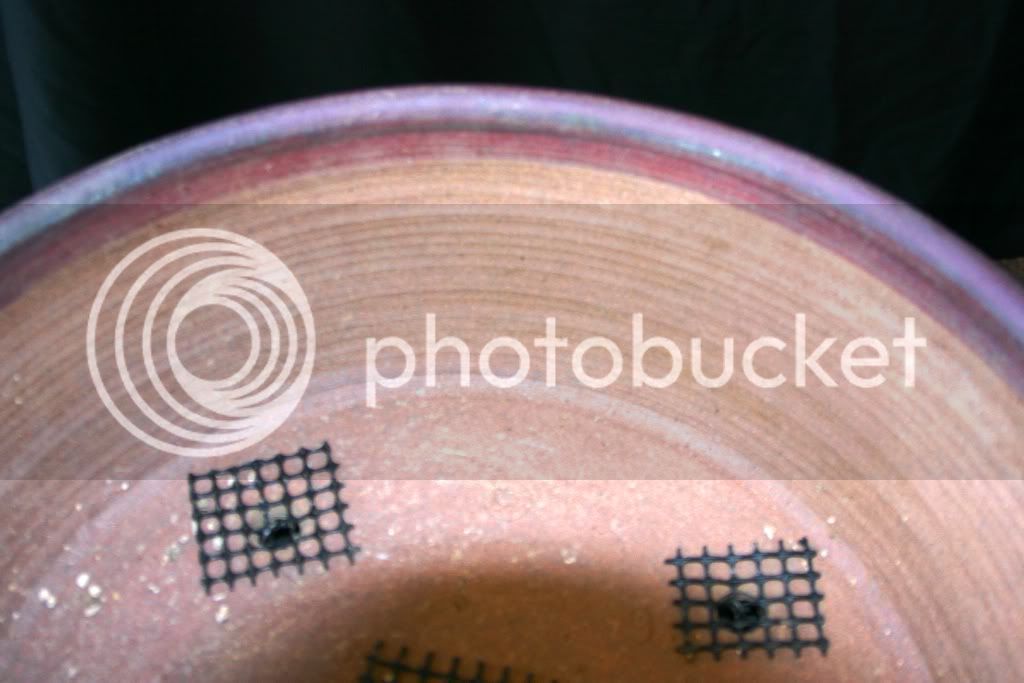 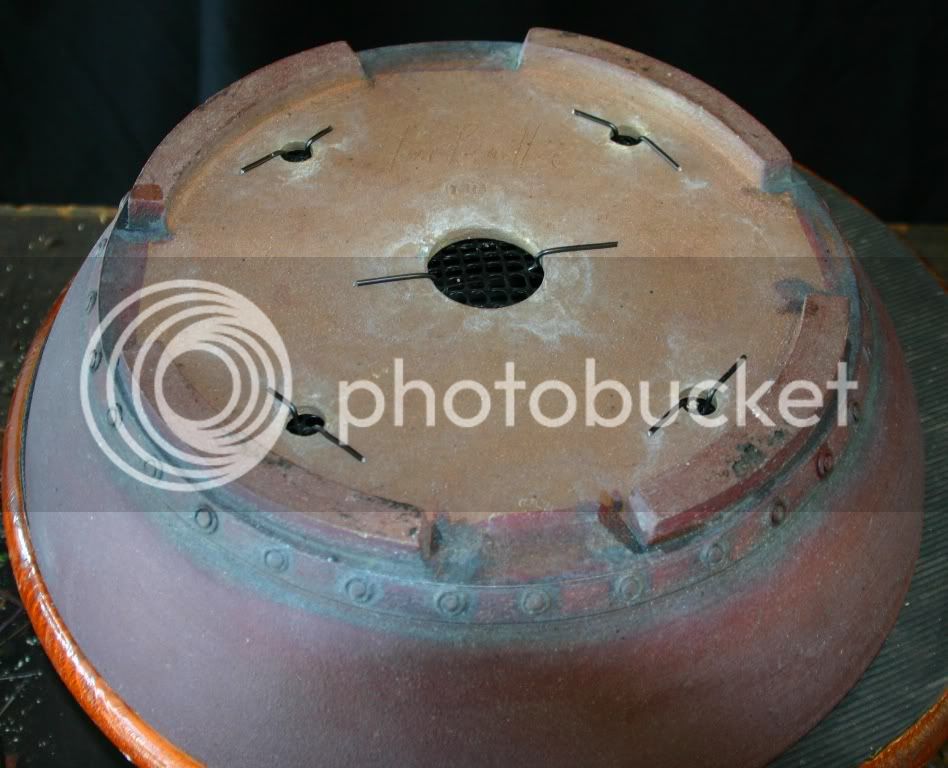 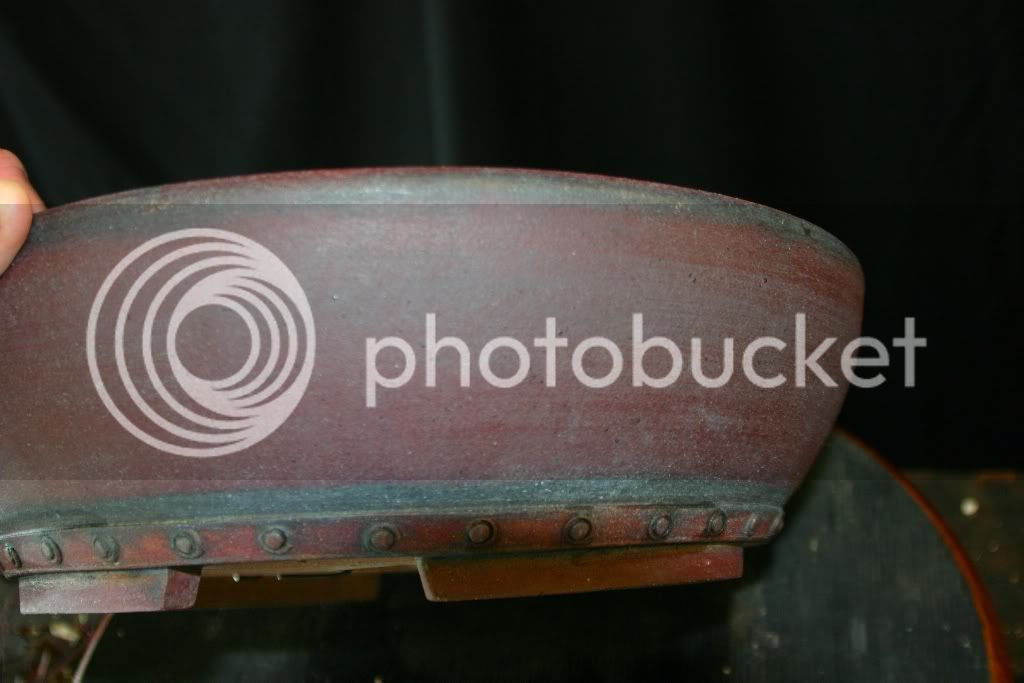 When I saw the first picture, I was very interested in the feet. I thought they were applied, but now that I've seen more pictures, I think the feet were trimmed into a ring, and then cut out.

BUT, the thing that most interests me in this pot, is the oxide wash giving it its almost maroon color, I wonder if he used Crocus Martis? (AKA, Spanish Oxide, Purple Iron Oxide, Mars Violet or Caput Mortuum) You can see where he brushed the sides of the feet, leaving brush marks on the bottom, very honest and simple. Buts it's not the color that strikes me, it's the method the potter used to apply the oxide. The oxide wash is brushed on. I also like the ring of darker wash directly above the foot rail, and at the lip, I wonder if he used two coats of the same oxide or another oxide like cobalt, or manganese? Every time I have attempted to brush an oxide, I always have brush marks. I have tried using very very thin washes and applying them in several coats, using different brush directions.

Thanks for the additional photos, but these images just raise alot of questions for me.

I am inspired however, and I think I will attempt to brush an oxide on a bone dry greenware pot, in a single coat, and then fire to cone 6 as an experiment, since I have not tried brushing it on greenware.

THAT is a handsome pot....I'd love to have it

From the look I would say the stain was applied to greenware.

JasonG said:
It is a nice pot and I am very happy to have it sitting on my shelve.....need a tree for it!
Click to expand...

Hmmm, I might have a tree for it.
You must log in or register to reply here.