I have heard that Zelkova is difficult to make into a believable broom via trunk chop so I thought I would give it a try and see if I could pull it off. The first pic is a hardwood cutting afterthought I stabbed into the ground and it actually struck into clay with no hormone. I decided what the heck with it but I do not think it will be very good for bonsai and may give it away to a friend.

The second one (second pic onward) I chopped last winter. Now I had read lots about how these guys make big ugly knots at the sprout site and that is what creates the unnatural appearance. So I thought I would post this to see if you guys think I can pull off believable with this one using all of the available Naka #1 techniques with some homespun modification's. Step one was chop, grind out middle, smear with Vasaline and constrict with hemp and duck tape later to be replaced with hose clamp around nylon webbing as a protector. This was placed around the cut site and a little above.

In spring many buds formed out of the cambium tissue at the top. All buds were rubbed off the trunk below as they sprouted to keep the trunk "clean". The new shoots grew almost 6 feet last season, in fact I failed to catch that some of the bulging "squirted out" below the clamp as can be seen in the close up.

I then thinned to one leader to dominate and 3 branches to reduce further bulging in that area this season. I think I will not allow more than 2 new sprouts per cut at the new cuts and some kind of constrictors. I may need a larger hose clamp in the first area this year as well. And this time I may trim back in mid season so I do not loose taper.

I like the way these look with the apex versus no apex (classic broom)?

These tree's are very strong. During May I detangled, bare rooted and cut back the root system by 75% in full leaf and it did not even seem to phase it much at all.

Does anyone have any pics of these tree's in a broom style made this way that look believable. Constructive critics welcome.

Hey Buddy, I took the liberty of adding a wound sealant to the huge gaping wound you have left there! What are you thinking???? hahahaha

No fungi were harmed in any way during this procedure.

It's Deja Vu all over again. I tried the hose clamp method but was over zealous and lost a whole years work. I then started again, with the same material, the next spring but without the clamp. I did get some swelling.

Reading you other post Gnome, I realized that that is one mistake I made. Not thinning all those branches early on. I will plan on doing that in those new cut areas this year.

I waited until bud's started before using the clamp and then carefully tightened it over time according to how developed the stems where so as to not destroy them.

Did you air layer that thing yet?
Click to expand...

Yes I layered it off this past summer.

Marc,
Thanks for posting this. I am curious to see how all this works out in the future. I have never seen a broom style zelkova that looked natural unless it had come from a seedling with a natural fork in the trunk.

What does everyone think about this one? 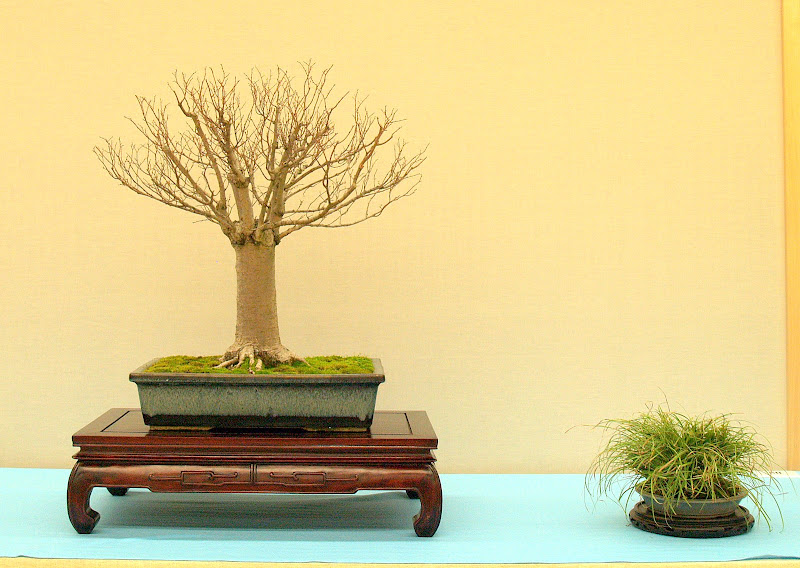 Chris
I like it but I see what you mean with those nodules. It gives it more of a "city hall tree" look where the eye is drawn to fix on the transition between the nice smooth bark and the start of the branches.

Chris Johnston said:
Marc,
Thanks for posting this. I am curious to see how all this works out in the future. I have never seen a broom style zelkova that looked natural unless it had come from a seedling with a natural fork in the trunk.

What does everyone think about this one?
Click to expand...

Chris I agree..... and while the one in the pics is ok... it certainly doesn't look natural...

Tis is my Zelcova serrata. The first picture is when i acquire the tree. The second and third is the result after one year, (January 2009). I was trying ti cut off and start from the begining the broom style. But i decided not to cut off and work the tree as it is. The long branch has already been removed and place in the ground. 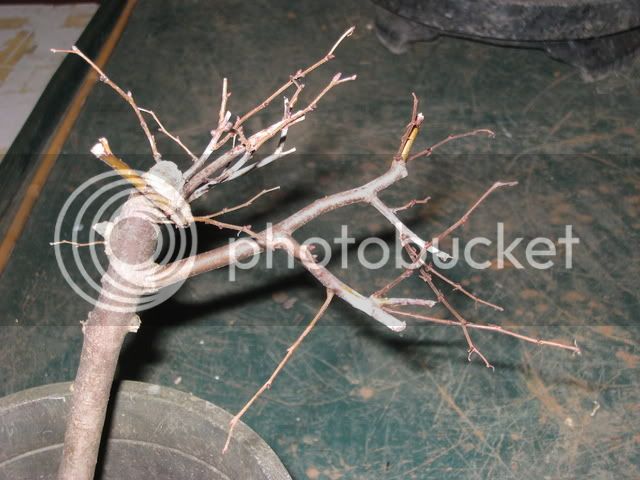 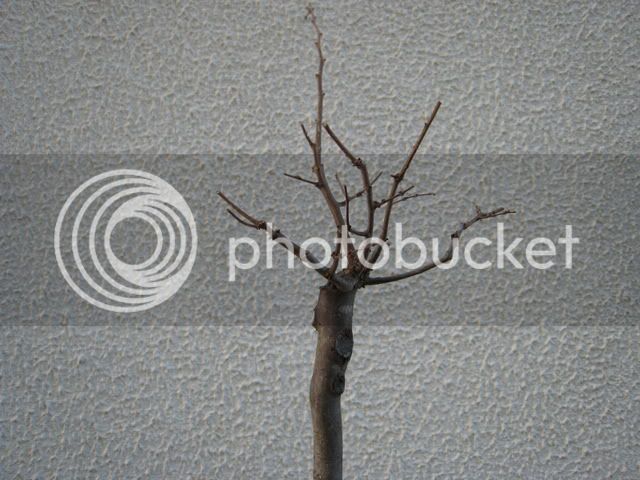 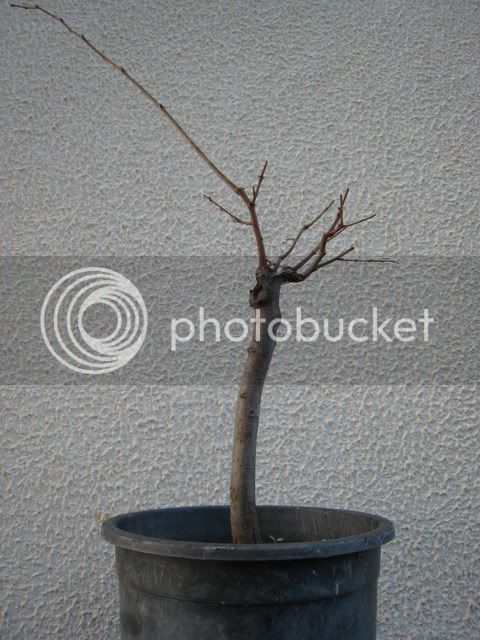 Regards, Rui Marques
Portugal
You must log in or register to reply here.

How big is too big for Broom Zelkova